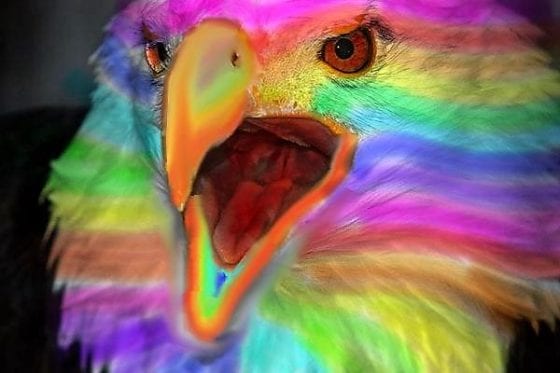 After the inauguration of Donald Trump as the 45th president of the United States there have been several protests (peaceful and otherwise) to take place. Now it seems there is a major LGBT protest being planned to join those events.

After last weekend’s Women’s March on Washington, 42-year-old gay activist and New Yorker David Bruinooge has come up with an idea of a protest of his own. Through Facebook he has started organizing what he calls a National Pride March on Washington for June 11th of this year.

The Washington Blade was able to get a hold of Bruinooge and get this statement from him, “I was watching the events unfold on TV and I was very proud and inspired by all the women, the strong women in our country who were kind of taking this to the street and getting their voices heard. And in the back of my mind as an openly gay man I thought the gay community should be doing something like this to follow up on the momentum.”

Related: 7 LGBTQ protections that could vanish in the blink of Trump's eye

Bruinooge has a lot of work cut out for him as he and others must prepare the logistics of the event. Included in this are his efforts in collaborating with D.C.’s official PRIDE events.

The Washington Blade also has reported that:

He acknowledges he and others working on the march will have a significant amount of work to do logistically, including obtaining permits for street closings. He said he’s hopeful that Capital Pride officials will provide support and consider the march to be a joint Capital Pride project.

“This will be an ALL-inclusive and peaceful event,” reads the announcement on Facebook, which you can read in its entirety here.

The last major LGBT protest held in D.C. was the National Equality March in 2009. That said, this protest would just be the most recent in a line of protests that have happened in the US capital lately if we include smaller ones.

For instance, just last week WERK for Peace and Disrupt J20 organized a peaceful protest where LGBT demonstrators and their allies got together to dance outside of Mike Pence’s Washington D.C. home. A month before that, residents of the same Chevy Chase neighborhood raised rainbow flags upon their homes in peaceful protest of their neighbor’s LGBT policies.

With 44 thousand people listed on Facebook as interested in the protest and 10 thousand already pledging to go, it seems this event could be as large as Bruinooge is hoping it to be.

Keep in mind that the event will conflict with other Pride events in different US cities. That said, if Bruinooge could coordinate with these cities to have conjoining protests then this could be a momentous event. That would also make the National Pride March that much more like the Women’s March on Washington which inspired the whole thing.