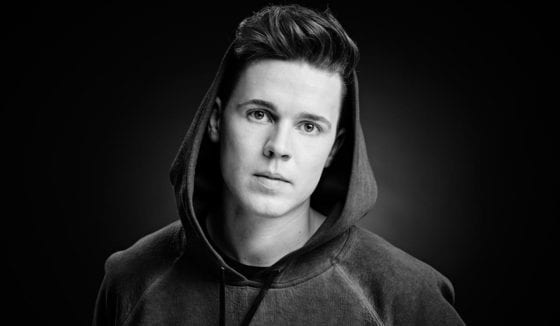 Felix Jaehn, the DJ/producer who gave us OMI's “Cheerleader” dance remix, has come out as bi

Felix Jaehn, is a German/Dutch DJ and record producer/remixer with a bent toward atmospheric yet still pop-oriented deep house.

He came to prominence in 2015 through his remix of Jamaican artist OMI's song “Cheerleader”. The single was an international hit for him topping the charts in Germany, Austria, Belgium (Flanders and Wallonia), Canada, Mexico, Denmark, France, Ireland, the Netherlands, Slovakia, Sweden, Switzerland, the United Kingdom and the United States.

Jaehn also released a single, “Shine” in 2014, and a remix of Rufus and Chaka Khan’s iconic “Ain’t Nobody.” Last year, he collaborated with Mike Williams on the track “Feel Good.”

In an interview with Germany’s ZEIT magazine, the 23-year-old producer said that he wanted to find someone to spend the rest of his life with, regardless of gender. Translated from German, Jaehn said, “Now I dream of finding the person I want to share my life with, man or woman.”

Jaehn also detailed in the interview how growing up in a small village influenced the way he approached his sexuality. “As a teenager, that influences you. And when you realize that you also find guys attractive, that can make you unsure,” he said.

He also uploaded a cute photo on Instagram with a rainbow emoji in the caption. More than 700 fans replied with rainbow emojis in the comments to show their support.

Less than a week until spring, one step closer to summer – let’s dance to the summer jam that broke the charts in 2015.

It's really nice and inspiring to see a lot of people from the music industry coming out as lesbian, gay, bisexual, transgender, queer, or even as an ally and helping advance the movement for equality.