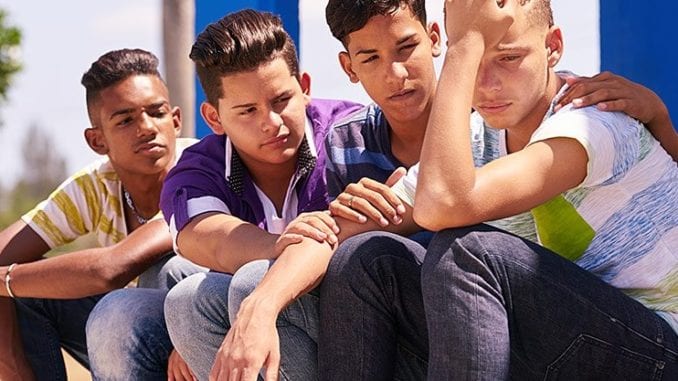 A new study published in the Journal of the American Medical Association suggests that teens who identify as LGBTQ are much more likely to contemplate, plan or attempt suicide compared to their heterosexual peers.

Per the study, almost a quarter attempted suicide compared to approximately 6 percent of those who identify as straight.

“The most staggering finding, the one that really makes you think, is just how prevalent these suicide-risk behaviors are in the LGBQ adolescent community,” said Theodore L. Caputi, who conducted this work while at Penn's Wharton School and who is now a pursuing a master's degree at University College Cork in Ireland.

“Research has shown that suicide-risk behaviors are an indicator of extreme distress.”

Caputi's research focuses mostly on substance-use disorders like the opioid epidemic and teenage drug use. During a fellowship in Wharton's Summer Program for Undergraduate Research, while investigating the intersection of minority groups, substance use and mental-health disorders, he noticed a gap in the literature.

“The more I researched the connection between suicide risk and teens who identify as sexual minorities, the more interesting it became,” he said.

“In particular, these results were so striking it was clear this work could have some real-world impact informing policy.”

Another troubling trend stuck out teens who identify as bisexual. Nearly one-third of this group reported attempting suicide in the past 12 months, and 46 percent had considered it.

Previous research has revealed that bisexual adolescents in particular experience great distress because some people are dismissive of this sexual orientation.

“If people are thinking about suicide and their attempts are not successful, that does not mean we've won,” Caputi said.

“The goal is to decrease the stressors that cause LGBQ adolescents to contemplate suicide in the first place. We're hoping our study will inspire social and policy changes that lead to happier and healthier lives for LGBQ adolescents.”

“There are clearly differences in how sexual-minority adolescents experience the world.”