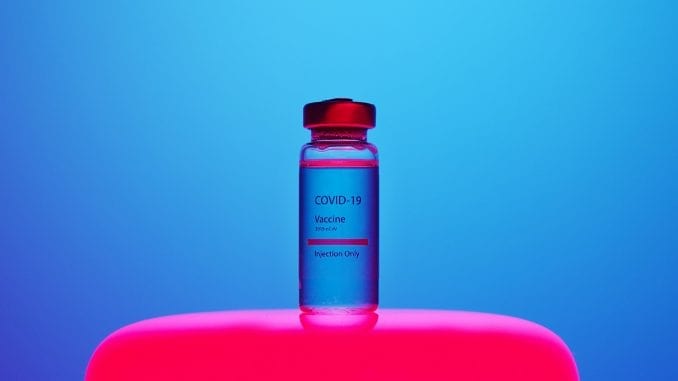 In the past few weeks, we’ve been watching the beginning phases of the COVID-19 vaccine distribution.  Pfizer and BioNTech joined together to create a coronavirus vaccine that got first approved in both the U.K. and the U.S.A. (before being approved elsewhere). Then on December 8, we saw the first case of the vaccine being administered (outside of testing).

Since then, the first wave of recipients has grown throughout the world. But, there’s also a strong pool of people who say they will wait on the vaccine. For many people, there are big concerns about this vaccine. Some say its development was too fast. Some say it will alter our bodies in ways we can’t imagine. Some say they won’t have the money to buy the vaccine. But what are some counter-arguments to those ideas and more? Look below to find out.

Again, there are people out there that worry they won’t be able to afford any kind of coronavirus vaccine. We get it. Especially if you live in the United States of America where there is no universal healthcare. Thankfully, this issue is so important that even mega medical corporations don’t dare to make this about money.

According to the Centers for Disease Control and Prevention, any COVID-19 vaccine dose purchased with U.S. taxpayer dollars will be available to the American people for free. But here’s where you have to be careful. The same isn’t said for health services. Just as with COVID-testing, you have to be mindful of the policies of where you go to get your vaccine. Vaccination providers may try to charge an administration fee for organizing the shot for you. Be careful, folks!

This is the moment that 90-year-old grandmother Margaret Keenan returned to the ward at her local hospital in Coventry, after she became the first person in the world to receive the clinically-approved #COVIDVaccine this morning 👏🏾👏🏼👏🏽 pic.twitter.com/80yRjJLRhM

But what about the safety of these vaccines? Why should we trust something that was rushed out so quickly? Especially when President Donald Trump kept talking about rushing it out as soon as possible. Well, it’s true that his words might sound alarming (especially to anti-vaxers). But, there are two simple reasons that we can trust these vaccines: money and science.

Yes, these vaccines were developed rapidly. But, that’s because there were a lot of resources behind the testing and production. There was a lot of interest in volunteering, something that typically doesn’t happen in scientific and medical studies. Then, there was also a lot of money being thrown at these studies. With the world largely being put on hold, of course there was plenty of investors donating money to find a solution. Because of that, there was less waiting and time-wasting than in normal medical tests.

Keep in mind, I’ve been saying “vaccines” throughout this article for a reason. There are several COVID-19 vaccines. Besides the Pfizer and BioNTech vaccine that is being distributed around the world right now, there are three other vaccines in the testing phase. The Moderna company’s vaccine is currently being reviewed by the U.S. Food and Drug Administration for emergency approval.

Meanwhile, two other vaccine types are still under development. With time, we will have multiple options and we can see which ones work better and which ones are safer. So, in time, you will have less to worry over.

Second patient to get the COVID jab at University Hospital Coventry – would you believe it….William Shakespeare from Warwickshire pic.twitter.com/y0LzxgbJ9w

Out Of Political Control

Next, some worry that President Trump, the U.S. Congress, or other political people/bodies will have forced the release of faulty vaccines. But, that simply isn’t the case. We already discussed why these vaccines are being developed so fast, but let’s talk about the government's (lack of) influence on it next.

While the Commissioner of Food and Drugs, the head of the FDA, is appointed by the President with the advice and consent of the Senate, the branches of government cannot force the FDA to make a specific. As Law Fare Blog wrote:

“Though Congress granted Health and Human Services broad discretion to issue EUAs, it also established clear standards, requiring that emergency authorizations be issued only on the basis of “scientific evidence” and for the purpose of protecting public health. A decision by the president or the secretary of Health and Human Services to issue an EUA on the basis of unscientific claims, or for a different reason, would exceed their authority, and would be illegal and illegitimate.”

Also, keep in mind that the vaccine was approved not just in the U.S.A. but also in several European nations. These nations had their own boards review the vaccines, as well as the EU’s health board, so it’s not just an issue of Trump pushing for approval.

Now, of course, people may still be hesitant about getting a vaccine shot. In that case, it may be helpful to remember that you’ll most likely not get it anytime soon anyway. Despite the Pfizer vaccine being distributed across the world by the millions, there still aren’t enough vaccines to go around. Due to that, vaccine distribution has been pushed out in waves. For instance, in the U.K. elders and immunocompromised people are being given the shot first. Then in the U.S., first responders are getting the shot in the first wave.

With this in mind, know that you’ll have time to see how others respond to the vaccine before you have to get in line for your own shot. Maybe that can ease your worries.

Here is a look at the first doses of the COVID-19 vaccine being given to frontline workers in Queens, New York. pic.twitter.com/FdivfD0MvZ

So in the end, is the COVID-19 vaccine safe? Well, scientists and health experts seem to think so. And that’s due to in-depth research. Not just a rush job.

One final perspective on the matter comes from Reddit. One user noted that “I’ve willingly put far more dangerous things in my body for way less benefit.”

And that’s true. From alcohol to cigarettes and other substances, we all have messed with our bodies one way or another. And while we don’t yet know the long-lasting effect the vaccine will have on us, perhaps knowing how bad the current effect the actual disease had on us will sway you.