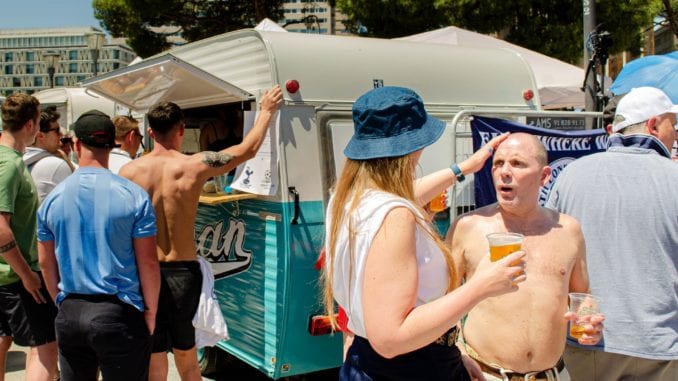 The Truth On Why Men Get Beer Bellies

“Looking to lose weight? Then stop drinking alcohol.” How many times have we heard or read that while scouring the internet for tips and tricks on how to slim down?

And we get it, beer is full of sugars and calories, but doesn’t it seem like men are more at risk for beer gut than women? We’ve heard of the dad bod and we’ve heard of the beer gut. And let’s be honest, we mostly hear about or see this phenomenon in terms of guys. Lately, we’ve been wondering why that is. Now, we know.

Business Insider recently gave us the inside scoop at why so many men are taking on the dad bod after going on a beer splurge. It turns out, we were always at risk.

Women are more likely to add fat to their arms, thighs, and backside. Biologically, this helps women to have a more childbearing body that can handle the pressure of childbirth and hold onto that kid afterward. 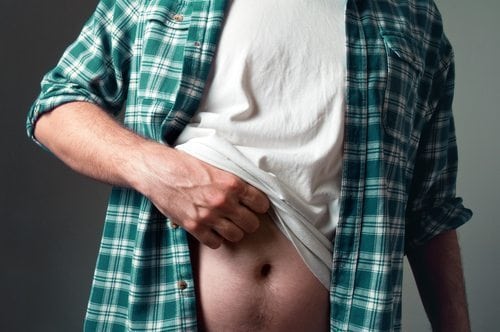 But why does beer focus on men’s stomachs? What’re some facts for why men get beer bellies more easily than women?

Well, beer is high in sugar and calories, like candy and soda. The extra calories result in stored up fat. And for men, that fat, more often than not, focuses on the stomach.

There are several minor reasons for this that result in this occurrence. First, the flowers of the hop plant are used to create flavor in beer. This plant has heaps of phytoestrogens, which can mimic the action of estrogen in the body. Because of this high phytoestrogen count, men can experience hormonal changes that cause an increase in belly fat storage.

One other potential factor is another hormone. Testosterone. Drinking alcoholic beverages like beer has been shown to lower levels of testosterone. Low levels of the hormone then increases the risk of weight gain. This is especially true for older men as there’s less of the hormone in the body than during the late teens and early 20s.

Then gender norms and stereotypes take a role as well. The ongoing relationship between hypermasculinty and alcohol consumption plays a part in the increased risk of beer belly. Namely, the fact that men are expected to be party animals who drink more than women puts men at a bigger risk of gaining fat from sugar and calories. Or as Healthline writes:

“Men tend to drink more than women, which can result in more weight gain. Drinking alcohol can also lower levels of the male sex hormone testosterone, increasing their risk of belly fat.” 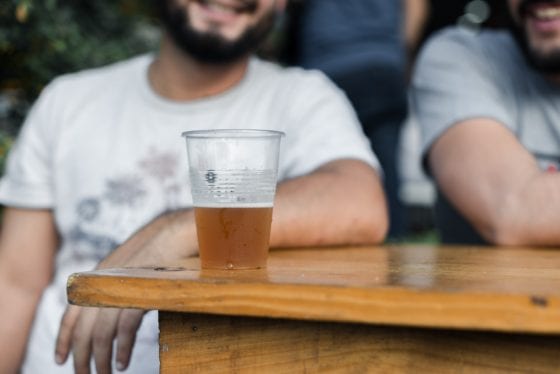 Why Beer Belly Is Bad

But so what? So you’ve gained weight? As long as you’re not overweight, a little flab never hurt nobody… or has it?

According to Business Insider, “visceral fat wraps around your kidneys, liver, and intestines and releases hormones that can disrupt their normal function, which can lead to issues like type 2 diabetes, heart disease, and even cancer. Plus, once your belly runs out of room to store visceral fat, your body might start building it up inside nearby organs, which can lead to fatty liver disease and other issues.”

Also, a 2013 study published in the journal Cell Reports found that belly fat depletes the same protein that metabolizes fat in the liver and is responsible for memory and learning in the brain. Beer belly can literally affect and shrink your brain!

Not only can beer fat affect several major organs like the brain and the heart, but it can also lead to metabolic syndrome. Belly fat secretes inflammatory signals. “These signals interfere with the effects of insulin,” said Dr. Vincent Pedre to Medical Daily, “in the peripheral tissues, including the muscles.” Once the body has become resistant to the insulin signal, the person will develop metabolic syndrome. This can lead the way to several other negative symptoms for consuming and storing energy like cardiovascular disease.

While beer and alcohol are perfectly fine in moderation, heavy drinking can lead to a beer belly. Then, a beer belly, in the long run, can create health concerns and complications. 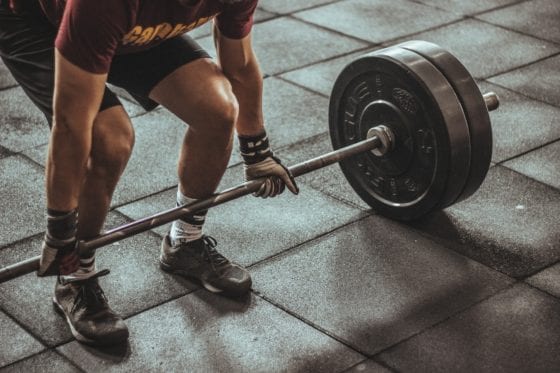 How To Get Rid Of Your Beer Belly

So, how do you deal with it? How do you fight off your beer belly?

First, you should drink less. You don’t have to give up alcohol entirely, though some fitness experts will tell you to, but you should definitely limit your drinking to very irregularly. Unfortunately, there’s not enough research on the topic to say how much is too much, but start lowering your number anyway.

In addition, there’s no specific diet that’s the be all of losing weight and fat. But know that you should greatly limit your sugar intake. Also, stay away from processed meats and refined grain.

In addition, get some more exercise in. We’ve already written a myriad of articles about fitness, so head over to that section of the site to try on a few routines.

Related: Is Drinking Breast Milk For A Workout Worth It?

So now that you know why men get beer bellies more often than women, why beer bellies are potential health risks, and how to possibly get rid of them, it’s time for you to make a change.

Guys, alcohol is great fun but is it worth your life and health? We don’t think so, and most health experts agree.