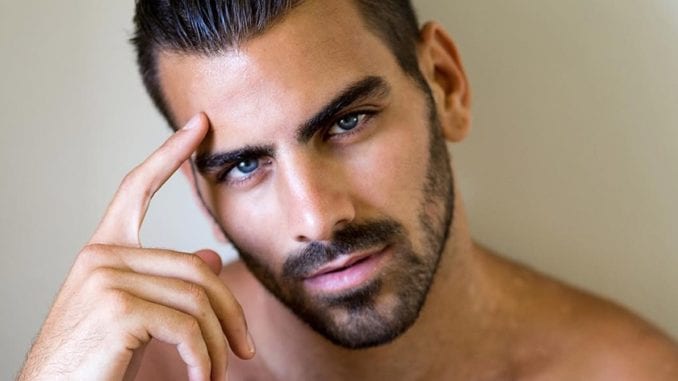 If you don’t know who Nyle DiMarco is, you’ve been living on a different planet! This ridiculously handsome, blue eyed model/actor has been causing much lots of buzz around the web.

What follows are 10 facts about Nyle DiMarco that you might not know. As part of our presentation, we’ve tossed in a few fun pictures for you to drool over.

At the end of this post, we’ve included a Nyle DiMarco fantasy poll.

via GIPHY
via GIPHY

Nyle was actually born with the name Nyle Thompson. He changed his last name earlier in life to his mom’s maiden name.

2. He was modeling before ANTM

Prior to his breakout debut on America’s Next Top Model in 2015, he was involved with freelance work. He was scouted on Instagram by producers.

Most followers of Nyle know that he’s deaf. But were you aware that he’s also an activist for others with this life challenge?

via GIPHY
via GIPHY

According to most Internet reporting, Nyle is thought to be a mixture of Italian and perhaps English.

His rugged good looks with dark features suggest southern Italian and quite possibly, Sicilian. Where his trademark blue eyes came from nobody knows.

In 2015, Nyle DiMarco answered a question to Out Magazine that many of his followers wanted to know: Are you gay, straight or bi?

His response was that he was sexually fluid, which places him in the spectrum of LGBTQ. In this way, Nyle DiMarco is similar to another celebrity of Italian heritage with blue eyes: Nico Tortorella.

6. He has a twin brother

Yes, you heard that right. Nyle has a brother. His name is Nico. According to online reporting, this is his fraternal twin. He also has an older brother named Neal. Notice all the names start with the letter “N”.

Nyle is not only handsome but he’s also smart. He graduated with a degree in mathematics from Gallaudet University.

8. He comes from a deaf family

Many followers do not realize this but Nyle comes from a deaf family. Specifically, his mother Donna and father Neal Thompson are deaf. So are both of his brothers.

In addition to modeling, Nyle has some acting credits under his belt. He was the lead role an independent film: In thе Cаn with ASL Films production; a movie that was told in American Sign Language with English subtitles.

10. He started a foundation

In 2016, Nyle started his own foundation called The Nyle DiMarco Foundation.

The organization is an advocacy and partnership non-profit that was created to act as a: “national philanthropic resource for all organizations, institutions and individuals working to improve the lives of every Deaf person in the world.

OK, just for fun we are posting a fantasy poll with Nyle DiMarco. We’ve offered four choices. You only get to pick one so make your choice count!