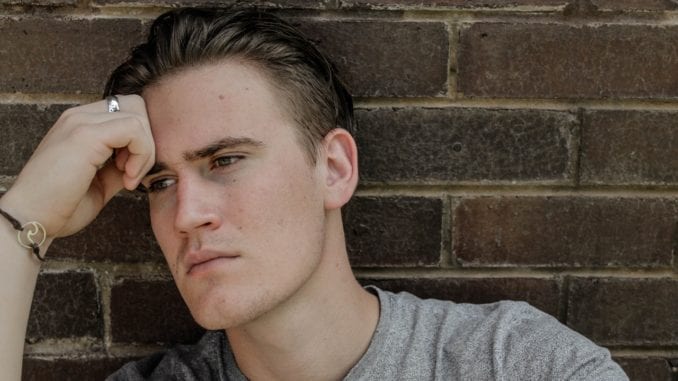 Dilemma: Can You get back into the Hot Zone after your partner has given you the cold shoulder?

Me and my boyfriend for 6 months are going through a break (or breakup?!) We were very happy together until early February when I sensed that he seemed a bit bored & depressed. So, for valentines I surprised him with a short trip to an island resort.

He didn’t like that (cause he said he wanted to be alone), but went anyway. After that, he said he didn’t want to see me for a while, but we still texted, until 29th Feb (cause I slightly lashed out that he didn’t reply for 2 days).

After that, he barely replied to my text (sometimes he doesn’t). I never begged or play the blame game or anything, I just texted him repeatedly and always in a positive note every couple of days, and I always said I love him.

That goes on until the end of march where he finally blocked me on social media. Then, I went to his apartment and knocked on his door. He never opened. Later that evening he unblocked me and texted that he wanted to focus on working for know (not that he had a new or big project or anything).

I accepted and told him I’ll be waiting for him until he wanted me again or he wanted to formalize a breakup cause he's still precious to me, and he agreed(with a smiley emoji), and said I could text him as long as I didn't mention love or affection(or sex).

So it's been a month since that, and I texted him 3 times and he barely replied (but still do).

How can I play this to save this relationship? Should I do a no contact? And can I start contacting him after a period of no contact?

Thanks for hearing me out,

Hey there, Tecky. Thank you so much for sending in your question. I’m sure this happens to lots of guys out there, and they’ve just been waiting for some good advice on what to do about it.

Let me start out by saying that you are such a nurturing and kind-hearted boyfriend. That valentine’s trip was a great idea and should have been the perfect solution for you and your boyfriend to re-connect and re-discover your love for one another.

Yet, it didn’t play out that way, did it? Well, these things happen and now you need to correctly interpret all these signals that your significant other is sending your way. Let’s go through this together.

The first thing that struck me was that your BF didn’t like the valentine’s trip and that he wanted to be alone. Well, that doesn’t sound like a caring, loving partner who is totally dialed into the relationship. He should’ve been over the moon about it.

Yet, he went anyway. Now, was this just to make you feel better or was he simply using you for a good time on an island resort? Either way, it doesn’t respect the thoughtful measures that you took.

Over the course of the next month or so, he seemed to text back or talk or visit only when you prompted him, only when you forced the issue. You shouldn’t have to pull someone’s leg to get them in the hot tub. Someone who really wants to be with you will just dive right in.

There’s nothing wrong with you lashing out about the way he was treating you because there was a lack of respect there. You did the right thing by trying to confront the issue and resolve it. Now, here’s the thing – he blocked you on social media.

That’s a huge red flag that he doesn’t want to continue seeing you romantically. He might have texted back and forth a bit after that, but that should’ve been where you draw the line. Life’s too short and you’re too good of a person to waste your time on someone who puts a wall between you.

But then you went by his house and you continued to pursue him. What you really did was accept the de-evaluation that he gave you by just coming back for more. He sounds like a narcissist. He’s probably really hot, too. (Most narcissists are.) But you don’t deserve that type of treatment…from anybody.

But your question was about how to save the relationship and how to ultimately get him back. I would advise you to carefully consider that option in light of the way that he treated you, but I know how the heart can be. When you love someone, you just love them.

So, here’s what you can do – don’t meet his expectations of you. It will change the game. So far, he could always count on you coming back after a while. You see, he probably likes you, but wants to keep his options open. That’s fine, but he needs to be straight up with you about it.

Related: I ghosted the guy who ghosted me at a bar

You can continue to contact him…if you want him to continue treating you the same way. If you don’t change the playing field, the game won’t change either. So, mix things up a bit and that might swing the leverage back in your favor.

Don’t text him for awhile and see what happens. If he ghosts you completely, then he wasn’t the guy for you. Don’t try to force someone to love you or give you attention. You’ll be the one hurt in the end.

Now, he might start acting right if he’s reminded that you have options, too. He might actually text you if you give him a chance. He might miss you and want to hang out again. That’s how you’ll know if you can save the relationship.

You must take a chance. Take a chance for your heart. It’s difficult when you really care about someone. You just come up with all these reasons why a simple text or a hello or a smiley emoji might be the right thing to do, but you should put some ice on your shoulder for a change. Give him the cold shoulder and see if he’s cool with that or if he wants to heat things back up again.

In the end, I hope this helps you create a stronger bond with your boyfriend, and I’d love to hear how things turn out. Give me a shout when you get a chance. Thanks for sending in your question, too. I’m sure lots of guys have this same issue and could use some tips.

Do you think you could use some help in the romance department? Got questions about relationships or dating? Then, email Ask Jack.