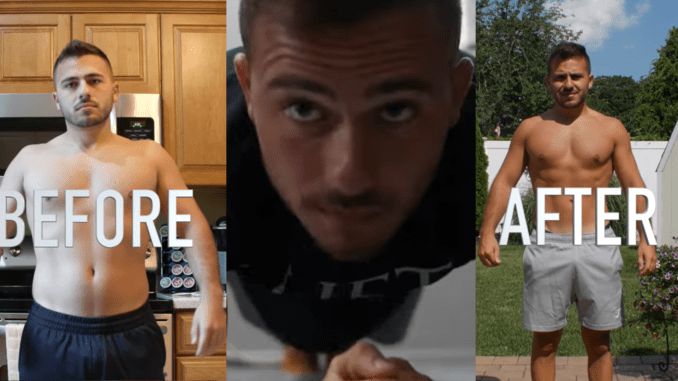 So I’ll be real with you, planking is one of the most excruciating exercises you can do. At least, in my mind. There’s just something terrible about laying down and holding yourself up by your forearms and your toes. Meanwhile, gravity's trying to push you down like the fool that you are. But as much as planking can be a pain both mentally and physically, it can show some results. That’s exactly what one YouTuber showed in a recent video.

Or as it’s about page says:

“If you're looking to Unleash Your Inner Superhero, you've come to the right place. We opt for sustainable fitness and nutrition over everything.”

Again, Brandon Romaine recorded himself attempting the superhero body of his dreams. In the video, which you can watch above, Romaine tried to keep to a strict diet while also planking for one minute every day for 30 days.

“I did a one minute plank every day for 30 days and here are the results,” Romaine wrote in the video’s description. “My diet was 2,000 calories a day which consisted of 170g protein, 150-200g carbs and 50-70g fat. If you are going to try this make sure you are dieting while doing it.”

Perhaps all that excruciating pain I explained experiencing at the start of this post was said too soon. Supposedly, it's just the first thing you’ll experience when attempting to plank. Maybe, I just needed to keep it up for a few days longer, because Romaine says the challenge subsided overtime.

“It's definitely getting easier and easier,” he said, 11 days in. “I definitely think I could go longer than a minute.”

As for his body at the end of the process, it was looking pretty impressive. Brandon Romaine lost 14 pounds and gained some definition in his torso.

But, you won’t get superhero jacked with just a 60-minute plank for 30 days. Just as Brandon stated, he started to plateau during the process. Eventually, your body would get used to the pressure and eventually you’d stop seeing results. If you’re just looking to shave off a little fat and gain some definition, that’s fine. But, don’t expect a major transformation based on just one exercise. Even if you do it daily. A variety of exercises are always advised.