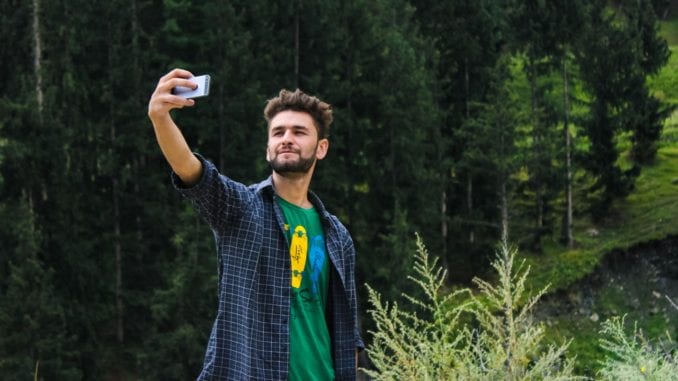 It seems like everyone is looking for that amazing photograph that will wow their social media followers.

Whether it’s a remote location or a dangerous angle, they want that jaw-dropping image or selfie that will garner them likes, followers and hopefully go viral.

But the pursuit of the perfect shot has begun to take a dangerous turn as more and more people are being injured and killed searching for epic photographs.

Earlier this month, an Oregon college student plummeted a hundred feet to her death trying to get her perfect photo.

After climbing a retaining wall along a coastal trail, she slipped and fell off a cliff and died from her injuries.

And this is only the latest tragedy.

Gigi Wu, known as the “Bikini Hiker” for her dazzling swimsuit clad photos in exotic locations, died when she fell into a ravine during a photo session.

Bad weather kept rescuers from assisting her and she died of hypothermia.

Earlier this year, in just one eight-day stretch, the Grand Canyon had three fatalities from people searching for photo opportunities.

Dangerous selfies aren’t just limited to risky locations. After a Russian woman shot herself in the head with a loaded gun trying to get a cool shot, government authorities published a pamphlet on how to take safe selfies.

However, it doesn’t appear to have worked, as a Russian woman was fatally electrocuted recently when she climbed a power transformer for the perfect photo.

The Risk Of That Epic Shot

Recent studies of news reports have put the number of selfie and photo related deaths in the hundreds. The number of non-fatal injures are incalculable a they often go unreported.

The US Department of Transportation stated that in one year (2014) it’s estimated over 30,000 people were injured while taking selfies and other mobile related acts in their vehicles.

According to a study published in the Journal of Family Medicine and Primary Care, the most dangerous place to attempt a selfie is in or near water. There were at least 70 deaths during the six-year period the study covered.

Water related photos were also dangerous because they tended to involve and injure multiple people per event.

Also deemed as dangerous are selfies in elevated locations, which the study said accounted for 48 deaths, and this doesn’t include the recent rash over the last couple of years.

Other fatalities detailed in the study have come from animals, fires, train accidents and electrocutions.

Another interesting fact from the study is that while women tend to take more selfies, three quarters of the charted deaths were men. It’s theorized that men tend to engage in riskier behavior.

Why Do We Take The Risk?

So even though we know it’s dangerous, why do people keep putting themselves into situations that can result in their deaths?

John Grohol, PsyD, a psychologist and founder of website Psych Central explained people tend to feel invulnerable in front of the camera.

“People see taking a selfie as not risky, that there's no danger involved, that, ‘I've taken a million and I've seen a million on social media and no one ever gets hurt in these,'” he said.

Authorities Are Trying To Put A Stop To It

In addition to issuing safety warnings, police and other authorities have attempted to educate would be epic photo takers with signs and warnings, but it doesn’t always work.

In Australia, police added a fence and signage at the popular Wedding Cake Rock as well as a fine of over $3,000 for anyone caught scaling barriers to get their shot.However, it has been difficult to enforce.

Related: Do you have selfie elbow?

“It is extremely difficult to try to regulate this behavior when people are intent on ignoring the signage, avoiding detection and intentionally going over the fence,” explained a spokesperson for the New South Wales Parks and Wildlife department.

“People are making a well-informed decision to put themselves at extreme risk when they ignore the barrier.”

In an attempt at deterrence, India, which is one of the world leaders in photo related deaths, has taken to publishing videos of people actually perishing during selfies.

While authorities and experts understand how much you want that epic shot, they have a few guidelines and suggestions for your safety.

Always be alert of your surroundings. It’s also more than just falling. There are cases of people being robbed, mugged or injured by others while taking photos.

Respect walls, fences and barriers as well as safety signs and warnings. They are there for a reason.

Realize that sometimes you can get the same cool shot from a distance as you can close up. Photography is all about perspective and in the shot, you can often get the same dramatic photo from a safe distance.

Be careful of climbing objects, including manmade and natural. You never know how secure they really are.

Above all remember, that photograph isn’t worth your life.