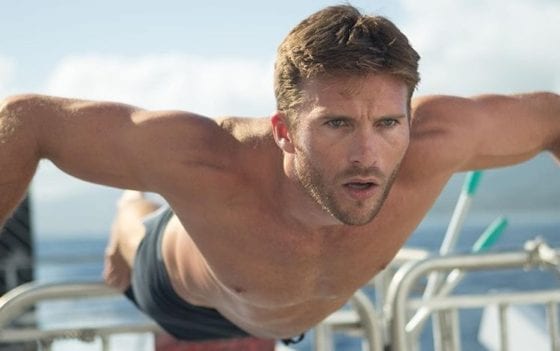 Scott Eastwood is opening up to us.

Eastwood is a well-known actor who makes men and women swoon over him and now he’s talking about sexuality with a sex expert.

Of course, you can just listen to the entire podcast below (all 86 minutes of it!), but we also have some highlights from the talk down below.

It seems that the big takeaway from the nearly hour and a half conversation is that Scott Eastwood is pretty open when it comes to talking about sex. Even better, he says we should all embrace sexuality.

“Sex is healthy, people,” he says.

New podcast is LIVE! This week I have the pleasure of talking with @sexwithemily . We cover the importance here of having a healthy sex life and understanding that it’s ok to talk about sex. Above all, being able to know that you should never be ashamed or embarrassed about your sex life. #LiveLifeBetter link is in my bio!

Even better, the 32-year-old shares that he’s “single, dating, and having sex, lots of it.” And when asked if he has one sexual partner or multiple, he said, “It depends on when you ask me.”

That said, he shared that he’s not against the idea of monogamy. Just conflicted on it.

In terms of “being responsible for somebody,” Eastwood says he takes that to heart in the bedroom by making sure he gets his partner off first.

“I think I usually get a pretty good score card, I do – but I’m a giver.” Isn’t that sweet?

Overall, it looks like Scott Eastwood is a very sex positive person, and it’s good that he’s sharing those thoughts with all of us (for many reasons…).