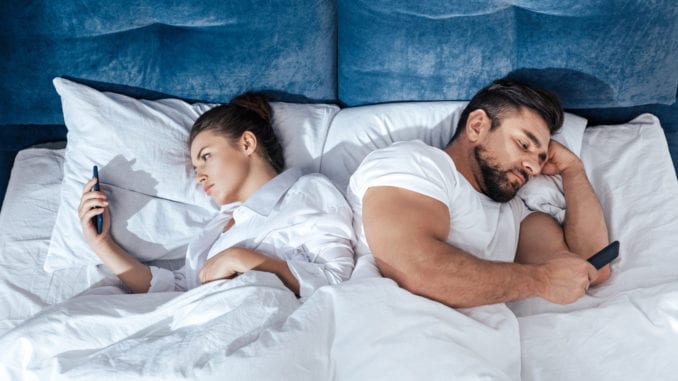 Trending News: Survey reveals fewer Americans are getting it on

The latest data from the General Social Survey (GSS) shows a cold reality for many Americans – a lot of us aren’t having sex. Moreover, the number of folks not doing it has reached an all- time high.

Men’s Variety spoke to Dr. AJ Sturges about the findings to gain his impressions. He' a licensed mental health counselor in Chicago who works with men. He’s also a millennial.

“It’s difficult to know what to make of the data. In looking at the numbers, it’s clear that around 1-4 of twenty-something guys aren’t getting it on. There’s likely demographic reasons for this, but I suspect other things are going on, like an aging population,” says Sturges.

According to the newly released data, a whopping 23% of Americans didn’t do it for the year 2018. And if you think it was just older folks who weren’t doing the nasty, think again.

A shocking 23% percent of respondents were between the ages of 18 and 29. When you throw in the 30-year-olds, and the 28 percent of dudes not getting it on, you have triple the number reported in 2008.

So, what’s causing so many people (particularly younger guys) to skip the whole sexy-time thing? While it’s hard to know for sure, it seems age is part of the equation.

As folks 60+ grow older, there continues to be higher numbers of people not getting their shag on (if you know what I mean).

But there is a good piece of news, depending on how you look at things. Americans are living longer, which may speak to healthier lifestyles.

Still, demographic changes only explain so much. The fact remains that 24% of younger people (18-29) aren’t getting it on (in any form apparently).

Shoot, even for folks who regularly “do it” [meaning once or more a week] there has been a decline of 39% from the previous survey.  There are plausible explanations. Some experts are suggesting fewer folks are choosing not to be single, which means they aren't getting married.

Additionally, younger people are living at home for more extended periods when compared to earlier generations.

Professor Jean Twenge, a psychology professor at San Diego State University shared the following with the Washington Post, “There are a lot more things to do at 10 o’clock at night now than there were 20 years ago. Streaming video, social media, console games, everything else.”

If Twenge is right, all of us may need to rethink the idiom, “Netflix and Chill”.

If you don’t know what that means, do a quick Google search. You’ll get a chuckle.

Practicing Zen in the bedroom