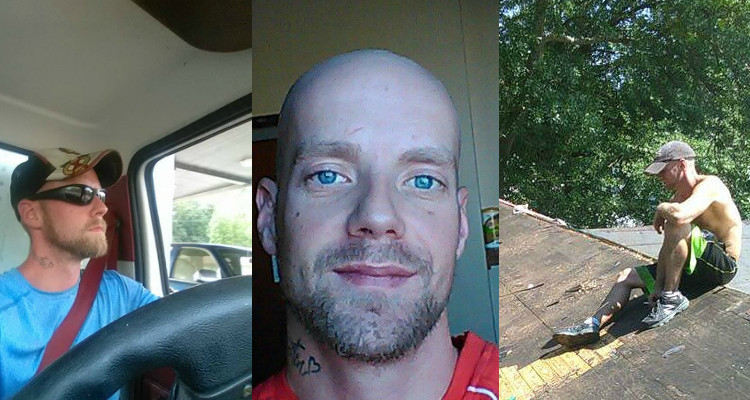 Sexy tattoo led to his arrest after school chum turned him in.

In recent weeks, there have been a series of bank robberies that have happened in the heart of Chicago’s LGBT neighborhood. For weeks, local authorities and FBI have been trying to figure out who was ripping off the banks.

In an effort to find the guy, grainy pictures were circulated of surveillance video showing imagery of the bandit. Well, it looks like it finally paid off because the bank robber has been caught.

Eric Hanson, a man who hails for Chicago’s Western suburbs was charged with robbing three Boystown area banks in six days this month.

What gave him away?

Apparently, his sexy tattoo – one that he just bragged about getting on Facebook in April.

According to local reporting on the CWB Chicago Crime watch blog, 34-year-old Eric Hanson admitted to robbing the Boystown banks after being taken into custody by the FBI at a suburban Elk Grove Village motel on Saturday, per an agent’s affidavit.

One of the bank tellers told Chicago police about a tattoo of two “X”s behind the bandit’s ears.

Ultimately, it was the May 18th hold-up that did him in, according to the FBI.

While surveillance images from the first two robberies were poor, the TCF hold-up produced clear photographs that prompted two of Hanson’s former schoolmates to turn him in, according to prosecutors.

An agent checked out Hanson’s Facebook profile and quickly came across his April 20th post. Here it is below – we screen captured it while it's still active.

Acting on a tip, federal agents went to a northwest suburban Motel 6 on Saturday and knocked on Mr. Hanson’s door.

“Hanson invited myself and other agents into his hotel room, and I arrested him for bank robbery,” the agent wrote in his report.

The arresting officers recovered items from Hanson’s room that just happened to appear on surveillance images of the bandit, including his gray baseball cap, a White Sox hat, and a pair of sunglasses.

When taken into FBI headquarters, Hanson waived his right to remain silent and freely admitted that he robbed all of the branches (3 in total), wrote the agent said.