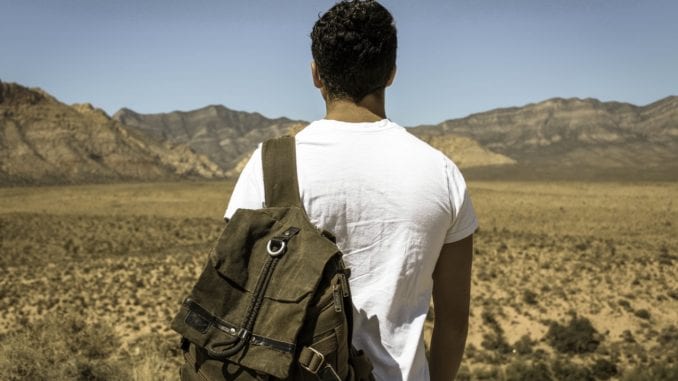 According to a paper, published in the April edition of The Columbia Journal of Gender and Law, a new, disturbing sex trend is on the rise.

Specifically, it’s called stealthing and involves men who secretly slip off their condoms during consensual sex and then release into a mate. Later, they go online and brag about it.

The author of the paper, Alexandra Brodsky, stated the law is largely silent on this behavior. It is her belief that guys who purposely remove their condom without permission of their mate should be subject to criminal sexual assault laws, such as rape.

In the report, Brodsky presents the case of a a doctoral student named Rebecca who works for a local rape crisis hotline.

Rebecca – also a victim of stealthing in her freshman year –  reveals that many of the callers to the hotline start off with sentences like, ‘I’m not sure this is rape, but…’ – and then go on to tell the counselor how they were stealthed.

Kathleen Kempke, with the Crisis Center of Tampa Bay, spoke to USA Today about the matter. Apparently, she is aware of the problem.

“I have had other cases have been very similar to this,” she said.

According to the paper, men who engage in stealting will sometimes visit online chat forums and brag about having a right to “spread their seeds,” experiencing a rush when they go about the business of depositing their fluids into unknowing partners.

Apparently, there’s even a “how to” guide available online, replete with advice threads that are authored by men who promote this kind of appalling behavior.

On a related note, in January of 2016, a Swiss court convicted a man of rape after he removed his condom without the consent of his partner during sex.

As pointed out on Unicorn Booty, there are blogs that seem to promote this behavior as well. For example, the person who runs the site, “iblastinside.com” says the following:

“How many times I’ve been at a sex club or an adult bookstore or during an online hook-up when a bottom hands me a condom then turns around, never to look back again. I’ve even been at a gloryhole when a bottom slips a condom on me then backs his ass up and never checks again to see if the condom is still on.

This implicit trust is by one party. I have not verbally acknowledged that I will use the condom.”

Brodsky offers the following as a conclusion in her paper:

“While overlooked by the law, nonconsensual condom removal is a harmful and often gender-motivated form of sexual violence. Remedy may be found under current law, but a new cause of action may promote the possibility of plaintiffs’ success while reducing negative unintended effects.

At its best, such a law would clearly respond to and affirm the harm victims report by making clear that “stealthing” doesn’t just “feel violent”—it is.”