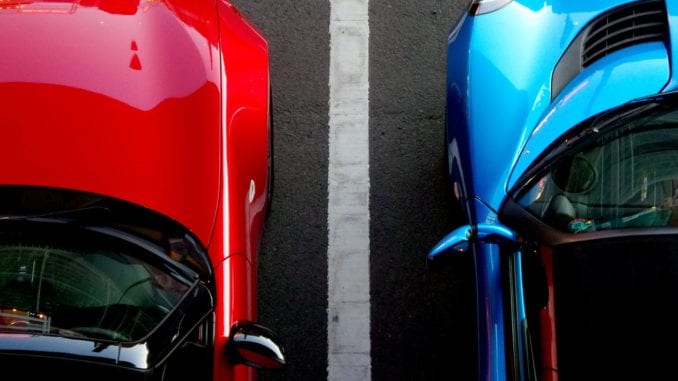 Elon Musk is no fan of Top Gear. He even tried to sue Top Gear with claims of libel against his Tesla Roadster. That was a non-starter, but Musk has taken to social media to voice his criticism of Top Gear’s latest drag race against the Porsche Taycan.

Drag Race Times analysis is correct. Also, there’s a software upgrade for Model S coming out that increases peak power by 50HP, so Model S should beat Porsche Taycan Turbo S by a wider margin in 0 to 60 & 1/4 mile races.

The drag race times that Top Gear posted were identical to the race times from a previous race between the Tesla Model S and the Mercedes-Benz AMG E63 S in 2017. In that set of races, the Tesla Model S posted some seriously fast times, but those weren’t the exact stats from the races against the Porsche Taycan.

What about the 2019 Tesla Model S Performance? Top Gear insists that it ran 5 drag races against the Porsche Taycan and every time the Porsche won. On paper, it should have been the other way around. In this press release, Top Gear clarified the results of the race.

According to Top Gear, the Tesla Model S did have ludicrous mode engaged and the batteries of both vehicles had about the same amount of charge before the first race. In the statement, Top Gear posted the actual times from the races.

Those were the actual results, but Top Gear chose to post the fastest times that they had previously recorded in a Tesla Model S Performance, even though those were achieved in the 2017 model. Either way, it seems that the new Taycan from Porsche has outperformed the Tesla.

Now, the results of this drag race don’t necessarily mean that the Porsche Taycan is a better vehicle. As Dominic Toretto from The Fast and The Furious points out – it’s all about the driver not the car. So, maybe a different driver could have beat the Taycan.

A Closer Look at the 2019 Porsche Taycan Turbo S

There’s no getting around the price tag of the 2019 Porsche Taycan Turbo S. It has an MSRP of $185,000. That’s before you get persuaded to add-on another $50,000 worth of additional features. Porsches are one of the most customizable vehicles on the market.

The Taycan has a maximum horsepower of 562 and maximum torque of 479 lb. ft. It has a top track speed of 155 miles per hour. When it comes to charging the electric battery bank, it takes about 10 hours using AC and 22 minutes for an 80% charge using the max charging DC outlets.

All that power and speed means that other areas must be compromised. Don’t expect to haul lots of luggage in the Taycan. It has a paltry 14.3 cubic feet of cargo space in the rear trunk compartment. What the Taycan lacks in storage space it makes up for in style. Instead of following Tesla’s overly minimalistic design language, the Taycan looks like a Porsche. It’s got those silky body lines and curves that you would come to expect from a Porsche.

The front end looks like a 911 while the profile and rear pay homage to the Cayman and Panamera. The only slight against the exterior of the Taycan is the rear of the vehicle. It’s rather diminutive, even for a Porsche. Also, the rear window is so small that it’s sure to impede outward vision.

Staying in the rear, the rear bench is especially cramped. It would be hard for two full grown adults to fit in the rear seats comfortably. So, there’s a nod to the Tesla Model S. It has more rear head and leg room. Otherwise, the materials in the Taycan Turbo S are more refined.

Tesla is the king of autonomous driving features, but you won’t find anything on par with that on the Taycan Turbo S. It does have some advanced safety features though like parking sensors and adaptive cruise control. There is a system of onboard cameras and sensors, as well.

Competition is a good thing. It keeps automakers innovative and honest. The Tesla Model S Performance might not have had much time to rest on its laurels before it was dethroned, but it still holds dominance in the all-electric niche. It has a greater market share even though the Porsche Taycan Turbo S blew its doors off on the track.

The Porsche Taycan Turbo S is a marvel of automotive engineering. It’s a beautiful vehicle that can turn out some serious electric speed. Yes, it’s expensive, but what do you expect from a Porsche? The Taycan is close to perfection and Elon Musk is just going to have to grip those sour grapes.