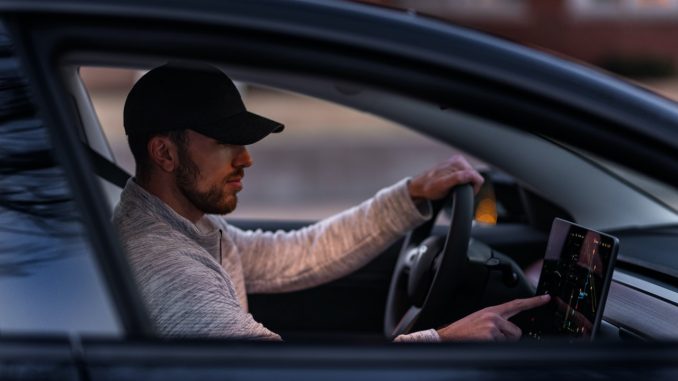 2022 Kia EV6 vs. Tesla Model S. Kia is going all in on electric vehicles. It’s first offering is the EV6 crossover. Although not as fast as the Tesla Model S, the EV6 holds the record for fast charging. It also takes a different stylistic approach for electric vehicles that new EV owners are sure to like.

According to the company’s Plan S strategy, Kia will unveil no fewer than 11 electric vehicles by 2025. It’s no secret that the EV6 was created to be a Tesla killer. Kia and other automakers have been eyeing Tesla’s market dominance in electric vehicles for awhile now. The Model S is Tesla’s flagship, but Kia finally has an electric vehicle that can match up against it.

The 2022 Kia EV6 is an all-electric crossover with new technology and a bold departure from the copycat, knee-jerk reaction that other automakers tend to use when emulating Tesla vehicles. Stylistically, the Kia EV6 is nothing like a Tesla electric vehicle.

The 2022 Kia EV6 has the same wheelbase as the Kia Telluride but manages to mimic a performance coupe with its expertly designed exterior. It sits like a Model S sedan, but matches the width of a Ford Mustang Mach-E. It’s a stretch to call the EV6 a crossover or a sedan. It’s something in-between. Kia calls it a CUV, meaning its chassis is based on a car’s design instead of a truck-like SUV.

The EV6 has a mainstream front end that features style points motorists would find on a traditional internal combustion engine (ICE) vehicle. There’s no huge sections of blank paneling on the EV6. It has a smooth, contoured profile with large wheel wells, almost like a saloon. The rear end has a hands-free tailgate like a SUV.

Unbeatable Performance and Speed of the Tesla Model S

The standard EV6 is not as fast as a Tesla. The EV6 can go from zero to 60 MPH in 5.2 seconds. In GT guise, the Kia EV6 can match speeds with the Lamborghini Urus. Yet, it’s still not as fast as the fastest Tesla model. The Tesla Model S Plaid can zip from zero to 60 MPH in 2 seconds flat and achieve a top speed of 200 miles per hour with over a 1,000 horsepower on deck.

The drivetrain of the EV6 favors the rear wheels. The Kia EV6 has an available electronic all-wheel drive system just like most electric performance vehicles. Two motors can be used to independently power the front axle which simulates the all-wheel drive functionality of a gasoline vehicle.

Unable to beat Tesla in the speed battle, the Korean automaker focused its efforts on fast charging. That’s a huge selling point for automotive consumers who want to stretch their fuel economy. In November, the EV6 beat out the Tesla Model S and its fast-charging time record.

The record was set by Tesla in 2015 and automakers like Kia have been eyeing it for years. The Tesla Model S crossed the country with just a single 12-hour recharge. The new Guinness World Record for fast charging now belongs to Kia. In a 2,880-mile journey from New York City to Los Angeles, the Kia EV6 only needed to spend 7 hours, 10 minutes and 1 second charging.

The recharge didn’t take place all at once. With fast charging, the EV6 made several small stops for under 20 minutes each time. With an 800V system in place, the EV6 can get up to 80% of its battery life back in under half an hour. That’s a range of about 210 miles.

In a company press release, Russel Wager, VP of marketing pointed out that “The EV6’s record-setting run is the latest signal that Kia will be a leader in the popularization of electric vehicles. All of Kia’s world-class engineering and experience in electric vehicles will be applied in the move to electrification.”

Related: Review of the 2021 Kia Sorento

The Kia EV6 uses a 77.4kWh battery bank. The EV6 has a driving range of about 315 miles. That is about the industry standard range The Tesla Model S Plaid has a max range of 396 miles. Now, these figures get tossed around a bit among EV automakers and might not represent actual figures for the average driver. These performance numbers are carefully engineered in optimal conditions. Tesla owners might not see the same results from their daily driving Model S.

The 2022 Kia EV6 is built on a flat-bottomed crossover platform that accommodates five passengers. The front seats are ultra-thin to give rear seat occupants more leg room. The Tesla Model S has more cargo room when you fold down the rear seats. The 2022 Kia EV6 misses the mark by about 6 cubic feet.

The Tesla Model S has a minimalistic interior. It’s refined, but barebones. There’s a U-shaped steering wheel, horizontally mounted touchscreen, and that’s about it. The Tesla Model S has wiped the dashboard of any unnecessary buttons or knobs but might’ve wiped away some of the creature comforts that motorists come to expect from such a costly vehicle.

The 2022 Kia EV6 takes a different approach. The interior of the EV6 from Kia has a sprawling dual screen that combines the driver’s instrument cluster and the center touchscreen. It curves across the dashboard to unify the technology interface for both front seat occupants. There’s even an augmented reality 3D heads-up display that appears on the front windshield.

The upholstery and surfaces of the interior were mostly made from recycled materials and vegan leather. In stark contrast to the Tesla Model S, the EV6 is far less pretentious. It has a sunroof and LED interior lighting, but the overall aesthetic is comfortable and budget friendly.

So, the Kia EV6 might not be able to match the 1,000 horsepower of the Tesla Model S, but the Korean automaker utilizes a brilliant tactic in evening the score. By not competing with Tesla in the speed battle, Kia brings your attention away from areas where it can’t win.

The Kia EV6 has familiar styling and superior fast charging capabilities. There is new technology on display like the curved display screen and augmented reality windshield. The interior of the EV6 is inviting for everyday people whereas the Model S seeks to redefine the space fundamentally. The Korean automaker sweetens the deal by adding a 10-year warranty on the EV6’s battery bank.

The 2022 Kia EV6 has yet to be priced, but if it wants to be competitive against the Tesla Model S, it won’t have to strain. The Tesla Model S costs $88,740. The Model S Plaid costs over $100,000. At those prices, Kia can offer electric vehicles in the mid-five figure range and make every interested buyer think twice about visiting the Tesla lot.