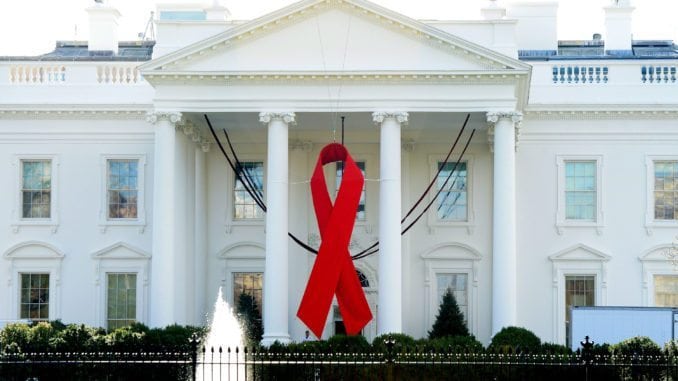 President Donald Trump’s Administration has terminated all members of the Presidential Advisory Council on HIV/AIDS (PACHA).

GPB has learned that members of the council were notified yesterday in writing about the decision and were advised their dismissals were effective immediately.

The firings came with no warning.  As many as 12 people may have been let go.

“It is a dangerous thing when the administration is eliminating people whose views are based in science and community experience,” HIV Project Director at Lambda Legal in an interview with GPB.

News of the terminations comes after the Trump administration prohibited officials at the nation’s top public health agency from using a list of seven words or phrases — including “fetus” and “transgender” — in official documents being prepared for next year’s budget.

Horrible. Another reckless & dangerous decision that will be felt by our nation's most vulnerable first. https://t.co/boVvgOPkQV

Gabriel Maldonado, a member of PACHA and co-chair of the Disparities Committee (now terminated) shared the following in a statement with GPB.

“To be arbitrarily dismissed in the middle of my term is incredibly confusing. Several members were re-sworn in earlier this year. I wasn’t supposed to leave until 2018.”

He added: “It feels like retribution against members of the committee who have spoken out against the Trump administration for their inaction on issues related to HIV/AIDS.”

It is important to state that PACHA technically still holds its charter – it just has no counsel members. Several who sat on the committee resigned in June of this year, citing inaction and apathy on the part of the administration regarding issues related to HIV/AIDS.

“I’m concerned about what future members of the counsel will look like. Right now, many of us are people of color and members of the LGBTQ community and people living with HIV.

Will the administration appoint new members who bring philosophies and practices rooted in evidence based approaches that empowers and centers communities?” said Maldonado as he reflected upon what has happened.

At the time of this post, the White House Office of National AIDS Policy (ONAP) has not been staffed – and hasn’t been since the Trump Administration began in January of 2017.