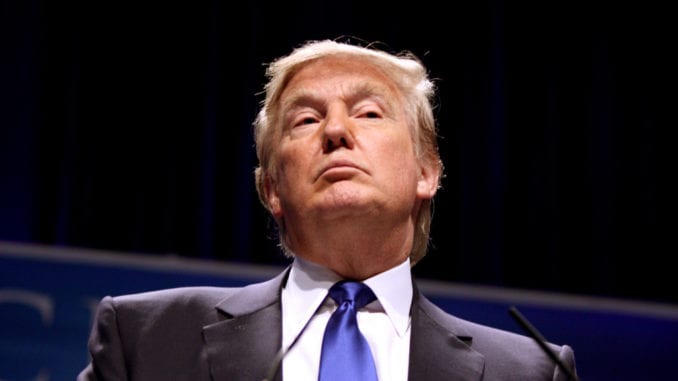 There are nearly 1.4 million transgender people in the U.S.

According to brand new reporting published by the New York Times, the Trump administration is secretly planning to legally erase transgender people by “narrowly defining gender as a biological, immutable condition determined by genitalia at birth.”

The leaked memo, from Trump’s Department of Health and Human Services, states: “The sex listed on a person’s birth certificate, as originally issued, shall constitute definitive proof of a person’s sex unless rebutted by reliable genetic evidence.”

While the numbers are somewhat scattered, current estimates suggest there are nearly 1.4 million in the United States who do not identify as their birth gender.

Civil rights experts agree if the changes are instituted, it would be extremely damaging to trans people in the United States; a population that also happens to be vulnerable to bullying and violence.

Defining “sex” in this narrow language tailored to the talking points of anti-equality extremists is part of a deliberate strategy to eliminate federal protections for LGBTQ people. https://t.co/mavnVR38jJ

The leaked memo from the NYT represents an ongoing battle against trans people by the Trump administration since he took office.

From shamefully trying to roll back protections against incarcerated transgender persons to attempts to ban trans people from the military, Trump has made it clear he has little interest in protecting members of the LGBT community.

In July of 2017, Mr. Trump took to Twitter and wrote: “After consultation with my Generals and military experts… the United States Government will not accept or allow transgender individuals to serve in any capacity in the U.S. Military.

Our military must be focused on decisive and overwhelming victory and cannot be burdened with the tremendous medical costs and disruption that transgender in the military would entail,” he said.

About Randy Slovacek 35 Articles
Randy is a Las Vegas based journalist and editor of the Randy Report, reporting daily news stories on pop culture, politics, entertainment and topics of interest to the LGBTQ community. Follow him on --> Twitter
Website Twitter