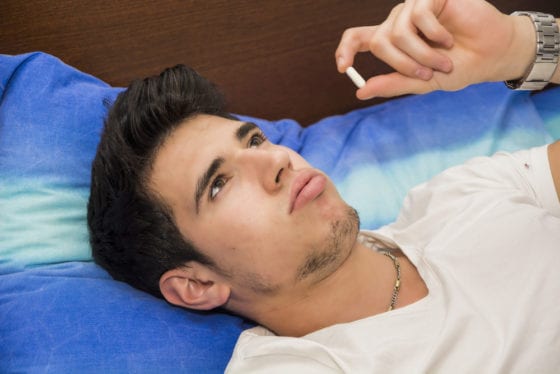 Seeing as today is National HIV Testing day, its important that we recognize the progression we’ve made towards helping those get tested and helping others prevent getting the virus.

The UK, for instance, is a great example. The UK is gearing up to make PrEP more accessible to the average citizen.

More specifically, by this August more than 10,000 people from “high-risk” groups will have access to HIV-preventive drugs.

NHS England has been wanting to distribute PrEP To “high-risk” groups, but lost a court battle last year. That loss made it so they had to accept a three-year trial to understand who to distribute the drug in a more efficient way.

“NHS England and Public Health England announced in December 2016 that up to £10 million is to be made available to run a three-year trial for pre-exposure prophylaxis to answer outstanding questions about future access and implementation,” Health Minister Steve Brine said.

More: Republicans Planning on Dramatic Increase in Cost of PREP

“Work continues to ensure a robust trial starting as quickly as possible.”

“Following the drug procurement, NHS England expects to be able to confirm the award of the final contract no later than the first week of August, meaning trial drugs could be available from early August, in readiness for the trial to begin once ethics approval is received and trial sites are prepared.”

NHS England told PinkNews: “Our aim is to have the trial underway by the summer of 2017.”

“STI clinic attendees considered to be at high risk of acquiring HIV will be eligible to participate in the trial.”

“Heterosexual and transgender individuals and gay men will be clinically risk-assessed as part of combination prevention and those at high risk offered PrEP.”

They added: “There is no an exact start date for the trial as yet, as it is dependent on a number of factors such as the outcome of the drug procurement process and gaining ethics committee approval of the clinical trial protocol.”

This three-year trial for Truvada, a type of Pre-Exposure Prophylaxis (PrEP) drug, will ultimately cost up to £10 million with the pill costing less than £500 per person per year.

Health experts have a asserted that this will in fact be a better way of spending money as a person who is infected and then gets lifetime treatment for the disease will cost around £360,000.

Thus, it pays to play safe and protected.