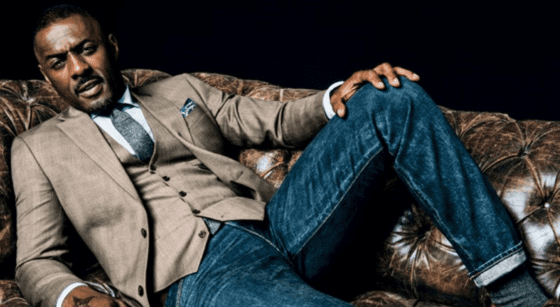 The new The Dark Tower film has hit theaters and its turns out… it’s not looking good. Critics hate the film, and most movie goers aren't pleased either.

But, it's the bad writing and directing that's to blame. The three actors otherwise worked well with what they were given. That said, thee most disappointed one of all had to be Idris Elba.

Poor Idris Elba can’t catch a break. The British actor is known for giving some great performances, but for some reason he can’t find a lead role in a movie that will skyrocket him to A list movie stardom.

If you don’t know Idrissa Akuna “Idris” Elba, you should look up some of his work in The Wire or Luther. And while we wait for him to find that perfect role, we can get to know him a little more with these 7 surprising facts.

1. He Used To Work Odd Jobs

Before making it as an actor in the U.S. Idris Elba worked with his father at a Ford motor factory. He also worked as a bouncer at the Comedy club Carolines and Djing. In addition, he stated that he once worked in a Brooklyn Barbershop to help with his American accent.

Idris Elba is a major fan of football (soccer for Americans). He sometimes posts on social media his thoughts on teams and games as they air.

He started DJing at 8 when he performed for his mom and dad’s birthday parties. Then in 1988 he helped his Uncle’s wedding DJ business. He later started his own DJ company with friends.

To this day, he still performs as a DJ and spins internationally. He is also a singer and rapper under the name (Big) Driis the Londoner, and he’s released 4 EPs and 1 mixtape.

4. He Almost Died on Set

Elba “nearly died” while filming Beast of No Nation. While filming by a waterfall, Idris slipped on a wet rock. He tried to catch himself by grabbing onto a branch but it broke. Elba then fell six feet before eventually being caught by a security guard.

5. He Has A Foot Fetish & Once Accidentally Posted A Sext Online

My Bow makes my dick hard every time I smile…is that normal? pic.twitter.com/AI6k9TOGmu

(That one was just for fun)

6. His Favorite Drink, Meal and Dessert

When he goes to a bar he loves to order a Rum and Coke because its refreshing and it doesn’t get him wasted. Also, Idris Elba told Oprah during and interview that his favorite meal is steak and eggs. And on his cheat days Elba enjoys eating cheesecake with dulce de leche ice cream and whipped cream.