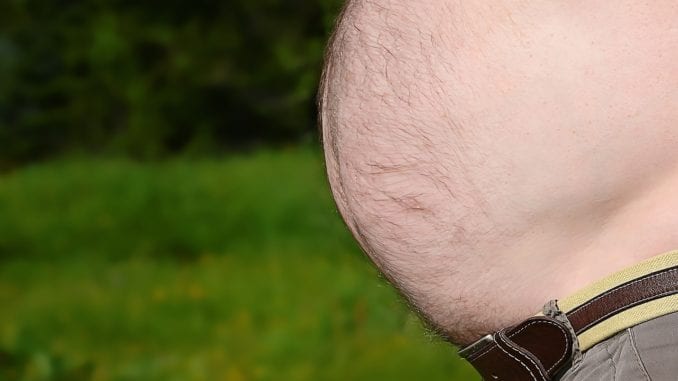 Dad Bod's are sexy indeed, according to study

While we'll never admit it as men, we are concerned about how we look. It's hard to talk about sometimes, but all of us want to look attractive to the sex we're attracted to. Often times, women want a man that is in perfect shape with a six-pack he spent hundreds of hours in the gym to get. However, it seems women are now very attracted to the infamous “dad bods.”

What is a Dad Bod?

Dad Bods are bodies men have that sort of look like how our old man looked as he got up in age. The man with the Dad Bod isn't fat nor out of shape, but rather, he has a body with a little extra on it. He won't model swimwear in a magazine with this body, but the man with a Dad Bod will be what is described as “softly round.”

While some believe women would prefer the six-pack man, one study claims that isn't true. Let's examine it!

According to a study done by Planet Fitness, it does seem to be that women prefer the guy with a Dad Bod more. The survey was done on those who, of course, go to the known gym franchise. It was conducted by Kelton Global, a public opinion pollster company.

The survey certainly revealed that women love men with a little extra on them more. The question ultimately is, why?

First, we should consider where it came from, Planet Fitness. This gym has touted that they are not for your random bodybuilder type. They are made for those who want to go somewhere to be around people like them, all attempting to get in shape. Due to this, the people who attend this gym franchise are more likely going to prefer men with a little extra on them.

This is the kind of man those women prefer because a man with a six-pack isn't someone they see themselves with any longer. The ultimate situation here is that a lot of mothers and fathers will attend Planet Fitness more than a single model who is in her 20's, with no kids.

Planet Fitness Senior Executive Jessica Correa, who works within their marketing department, had this to say about the study:

“Our survey results show the majority of people think positively about dad bods, and men who identify as having them are proud of who they are. That's exactly how we want all of our members to feel when they come to Planet Fitness.”

The real shock in this study was not that many women loved Dad Bods, but how many. The study found that 78% of the women surveyed claimed to love men with Dad Bods more.

Why Do Women Love The Dad Bod So Much?

The reasoning for the results was that women felt these men were comfortable in their own skin. Essentially, they are confident and as we know, women love confidence. The average man with a six-pack might be confident too, but also vain.

Furthermore, more women felt they could have a future with a man that has a Dad Bod. The survey revealed 83% of mothers said that they'd love to have a husband with a Dad Bod.

If that wasn't enough, around 50% of women surveyed feel the Dad Bod is a new wider trend. They believe it's the new level of hotness and thus, becoming a bigger trend than other body types. This very well could mean that Dad Bods will replace the six-pack as the trend of bodies women want more.

That is certainly encouraging to men all over the world.

When questioned about why a gym would publish or put their name behind a study that technically goes against the gym, Correa claimed it wasn't as big of a problem as some assume. She said:

“We want our members to know they will never be judged while working out. So on Father's Day this year, we thought it would be fun to look at how men and women – parents or not – feel about the dad bod.”

Due to how Planet Fitness operates, this type of study certainly does not hurt them. It likely even helps them somewhat.

Dad Bods have nothing to do with overweight, out of shape men. Staying in shape is still important to Dad Bods, they just don't need a six-pack. Planet Fitness accepts men and women of all shapes and sizes and doesn't cater to the model or bodybuilder. Thus, this study is key.

Dad Bods Are The Future

While some may still believe the six-pack abs are more attractive, regardless of trends, that is okay. Now that women are more comfortable in seeing men with Dad Bods, that is cool for guys. It means we don't have to kill ourselves in the gym in order to look attractive.

This can take off a lot of stress for us as men and we can focus on other, more important things. Men don't need to be stressed or depressed, much less have terrible anxiety because they don't look a certain way.

Sure, we don't need to get out of shape too much. Fathers out there are not out of shape, heck, many of them are in better shape than some with six-packs. Their bodies are developed by work and organically built out of this, no weights needed. You can pick up weight all day long to get a body.

However, that does not mean you can work in the yard in the summer for 8 hours without complaining or cramping up. The man with a Dad Bod could possibly do that.

This study, if anything, tells us what women truly want. A good guy who cares about them, who could be a great future partner and father of their children. This isn't a hard thing for us to do men, so let's work toward that!

About Andrew Fortman 4 Articles
Andrew lives in Chicago, IL and is a lifelong lover of the theatre and movies. His writing focuses mainly on pop culture entertainment and LGBTQ life experiences and identities. He is a graduate of The Ohio State University and the University of Virginia where he studied acting and the theatre arts.
Instagram