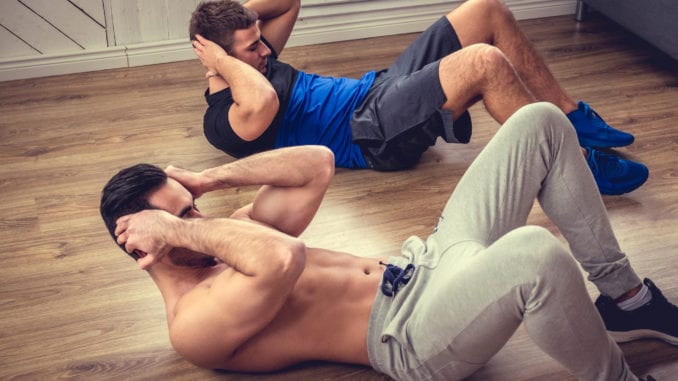 Do you have a workout partner?

If you want to crush your fitness goals, then you should consider finding a workout partner. Science says you’ll be more productive in the gym, but you kind of know that in your gut, too. Working out with a partner turns physical fitness into a social activity, and that boosts your gains considerably.

There are some benefits to working out by yourself. Sure, you get to totally control the workout routine and you can concentrate specifically on your own fitness goals. However, one of the main things that keeps us from reaching our physical fitness goals is motivation.

It’s especially difficult to harness motivation when you’re working out alone. There are times when you just want to dial in and kill a workout on your own, but there are plenty of reasons why this isn’t the most effective fitness routine.

I’m typically a fitness loner and my particular discipline is parkour. Recently, I went out for a solo parkour session to get some things out of head. I knew about this little parkour park in North London that was tucked away in a quiet neighborhood. Honestly, I didn’t think that many people in the parkour community even knew about it.

Imagine my surprise when I showed up and there was a full-blown parkour meet-up taking place. My feet stuck to the ground, but I stuck around and started warming up. The guys at the park started warming up to me, as well. They were totally chill, and we all started training together.

It was awesome. I was jumping farther and climbing higher than I ever did when I went to this park to train alone. I saw new parkour techniques being used and tried new moves that I wouldn’t have attempted otherwise.

Check out these battle buddies going the extra distance to help each other in the gym.

Science Says Get a Workout Buddy

It’s been scientifically proven that people perform better and have a higher level of motivation when completing tasks in a group. The phenomenon is called the Köhler motivation gain effect. You can read more about the Köhler effect here.

An academic study published in the Annals of Behavioral Medicine in 2012 put the Köhler effect to the test in the gym. Fifty-eight participants were randomly placed in three different scenarios. In the first test group, they were placed on a treadmill alongside another person and they exercised independently. The second group was placed with a partner that was capable of superior performance. The third group was placed on treadmills individually to work out solo.

In an older study published in Journal of Consulting and Clinical Psychology in 1999, researchers chose two participant groups in a weight loss experiment. The participants who went through the program with friends significantly outperformed participants who went through the dieting program alone. Researchers in the study concluded that social support was the main factor in driving individuals to exceed their heath and fitness goals.

Benefits of Lifting with a Workout Buddy

Now, imagine you’re in the gym lifting with a partner. If your workout buddy is a little bit stronger than you and you just saw him kill a full set of dumbbell presses, then chances are high that you’ll want to do just as well as him.

Furthermore, imagine that you both share the same macro fitness goals. You both want to put on five pounds of muscle by the end of the year. Are you going to miss a workout? Are you going to cut the session short for personal reasons? No, you’re going to push yourself and your partner harder because you want to see the group succeed together.

Related: What to Expect When Working With A Home Fitness Trainer

Part of it boils down to competition, but it goes farther than that. A workout buddy is there to supplement your motivation. You want to give it 100% and he’s right there to make sure that you don’t let yourself down.

You workout buddy also needs you to do the same thing for him from time to time. You might be the prime motivator some weeks and that helps you get out of your own headspace. You put your own problems aside for your workout buddy when you know that he needs your motivation.

You hold each other accountable to the task. When you aren’t being held accountable by anyone, then you’re more likely to get stagnant. It’s much easier to blow off entire sessions when the only person you must answer to is your own conscious. 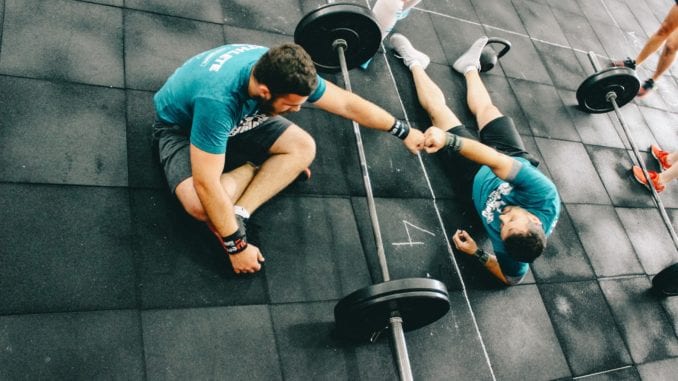 I used to hit the gym with my roommate a few years ago. He wanted to get fit and so did I, but it turns out that we weren’t a good match. We didn’t want the same thing from our workouts and just wound up doing our own thing anyway.

It’s important to pair up with the right partner. You need to find someone who is close to you in capabilities, someone who is almost as strong as you are, if not stronger. That might seem short-sighted but think about it.

If you’re benching 250 and your partner is still hitting 125, then he might get discouraged. Also, there won’t be anyone pushing you to the brink of your physical limits. He won’t want to follow your set because it could damage his ego. You won’t want to go all out because he isn’t anywhere close.

Next, you need to find someone who can meet your schedule and work ethic. You both need to commit to a certain amount of days and a certain level of intensity. You and your partner need to be in sync. If you want to kill it; he needs to want to kill it, too.

Gym Buddy Tip: Avoid working out with guys who think they know everything about your fitness discipline. You know the types – the over-zealous coaches who patrol the gym telling everybody that they’re doing it wrong. Don’t link up with this type of person.

I became friends with those parkour guys and now I try to meet up with them every Sunday for a session. Why? Because results matter. Working out with friends helps you reach your fitness goals. It’s more effective than working out alone. Plus, it’s safer.

Scientific studies show that people go harder in the gym when they’re being pushed by someone slightly stronger than them. They also push themselves further when they link their progress to the progress of others.

If you’re looking for a workout buddy or a lifting partner, be sure that you share the same goals. Be sure that you are equally matched in terms of performance and work ethic. Motivate each other but avoid over-coaching. You can be slightly competitive, but don’t let egos turn your workout into a tournament.

Remember, you’re on the same team. Enjoy your workouts, guys.

Do you have any additional tips for finding the right workout buddy or do you have any funny gym stories? We’d love to hear them. Hit us up in the comments and be sure to share this article with your friends.