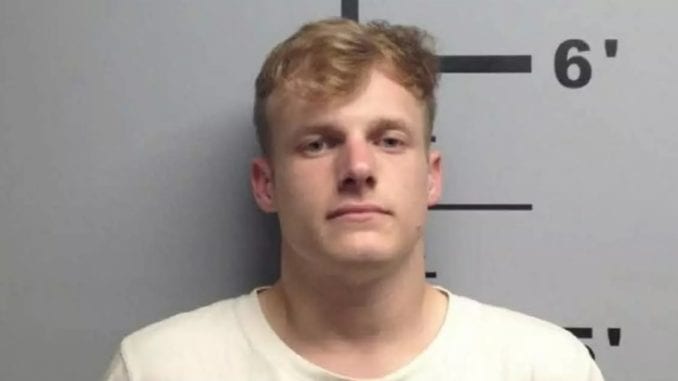 A man who deliberately contracted HIV with the goal of spreading the virus to others has been sentenced to 50 years in prison.

An Arkansas man named Stephen Koch (25) has been sentenced to 50 years in prison after he plead guilty to attempting to infect others with HIV, the virus that causes AIDS.

Newsweek reports Koch was originally arrested on drugs related charges. At some point, police discovered text messages and other electronic communications about his HIV status and plans, while searching his computer for evidence of child pornography.

Other charges were made against him, including possession of methamphetamine [crystal meth] with intent to deliver, possession of drug paraphernalia, delivery of meth and eight counts of distributing, possessing or viewing matter depicting sexually explicit conduct involving a child.

The judge overseeing the trial had a difficult time understanding why anyone would want to carry out such disturbing actions.

“Just so I can get my brain around this, did I understand the state correctly?” asked Circuit Judge Robin Green.

“Mr. Koch intentionally contracted the HIV virus so he could then infect others? Was that the reason?”

Koch was also ordered to register as a sex offender and go through an offender treatment program while in prison, according to the Northwest Arkansas Democrat-Gazette.

Benton County Sheriff Shawn Holloway said that parents in the community should use the case to engage with their children.

It was just last month that a Mississippi man was charged with knowingly exposing others to HIV.

Tyrone Ross, 29, was arrested on May 20 as the result of a complaint received against him at a hospital.

Two months prior, a hairdresser in the UK received a sentence of life in prison after being found guilty of deliberately infecting five men with HIV.