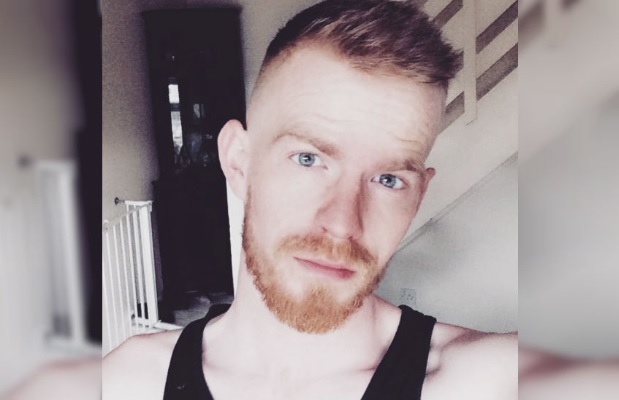 A young gay man in the UK shared his recent HIV diagnosis on Twitter and found a massive outpouring of support. His name is Henry and he’s 26-years old. His Twitter handle is @bloxhamboy1991.

Last week I was told I had tested positive for HIV. My world imploded and I felt like I had my future taken from me. In the days since I’ve felt every emotion known, I’ve scrubbed myself until I was red raw because I felt dirty. Today I had my first appt with my HIV doctor…

“Last week I was told I had tested positive for HIV. My world imploded and I felt like I had my future taken from me. In the days since I’ve felt every emotion known, I’ve scrubbed myself until I was red raw because I felt dirty. Today I had my first appt with my HIV doctor…

‘…and although things haven’t magically gotten better, I feel more positive. I know that with medication I’ll be able to live a long, normal(ish) life. I didn’t ask for this but I can deal with it and hopefully by speaking out, some good can come out of the bad…

‘… so if you do one thing this week I’d urge you to get tested. Know your status. Wear a condom. Use PrEP. Look after yourself and by proxy others too. I can’t change my diagnosis but I can use my voice to try and make a small difference.”

Henry shared with Gay Star News that his diagnosis had come as a huge shock.

‘I’d been admitted to hospital on Sunday evening with breathing issues and was told I had tested positive on the Wednesday.

Was there a moment of pause before sharing his health information online?

“I took a couple of days to process what had happened and what I had to do and then realized that I could potentially help my twitter friends to stay safe if I spoke out,’ he says. ‘I’ve always been supportive of those with HIV and I know the only way to end stigma is by speaking out and being vocal.

‘So I tweeted my story and here we are. I hope this helps.”

As Gay Star News points out, At this present moment in time, unlike countries such as the US and Australia, PrEP medication is not available in the UK. PrEP, usually taken as a daily pill, helps prevent people becoming HIV positive. The government is running a trial to determine its cost effectiveness.

Henry says he would have taken PrEP were it available.

“I would have, and had asked my sexual health clinic about getting on the PrEP trials last year but there weren’t enough spaces.”

When asked how he may have contracted HIV by a person on Twitter, he responded: ‘I believe it happened when a condom split during sex but I’ll never know for sure.’

His original tweet has now had hundreds of messages of support.

“You’re amazing for being so brave on putting this up and not keeping it hidden. You’re exactly the same person as you were before, this doesn’t and won’t define you,” said @glennzo21.

Another Twitter user, @Westie_63, said: “In time HIV will become a very small part of you, it’s just a virus buddy. After 10 years of living with HIV I’ve met some amazing people, and you’re amazing.”

According to material published on the Centers for Disease Control and Prevention website, PrEP: “Studies have shown that PrEP reduces the risk of getting HIV from sex by more than 90% when used consistently.”