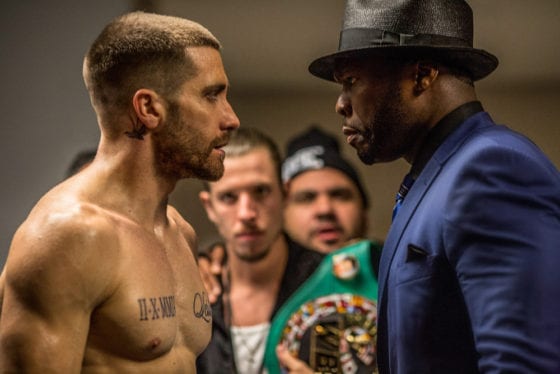 Jake Gyllenhaal and his ridiculously cut body are receiving a great deal of attention in advance of his new movie, Southpaw. We recently read through his interview in Details magazine and found ourselves impressed with what the actor endured in order to transform his physique into what appears in the flick.

We’ve covered Jake in the past when exploring fan related questions about his background. Given interest in the mega-watt celeb, we thought we would quickly share our 7 take-aways from the magazine article that came out earlier this month.

Before we dive in too deep, we’ll also provide a quick look-see at the blue eyed star's physical characteristics. They kind of relate to all that follows.

According to what was reported in Details, Gyllenhaal did about 2000 ab exercises a day. We assume when the term “sit-up” was used, it was implied that he did a bunch of abdominal tightening moves. Here, we are talking about everything from floor crunches to use of a Roman Chair. There is just no way he got that six-pack with sit-ups alone.

2) He worked out for six hours a day

Believe it or not, Gyllenhaal went to the gym for three hours a day when first preparing for his role as Billy Hope. But wait – there is more. He eventually increased his gym time from 3 hours per day to six hours. Yep – you read that right. Six hours a day at the gym.

Remember, Gyllenhaal had lost 30 pounds for his role in the flick Nightcrawler. To prepare for Southpaw, he had to gain that weight back plus another 15 pounds on top of that. The total comes out to 45 pounds the actor put on his 6’0 frame. This meant major adjustments to his caloric intake and lots of protein, according to news reports.

4) He learned how to box and got punched

Southpaw, as you likely know, is all about boxing. Gyllenhaal had pretty much no experience with this prior to making the movie so he had to be trained.

We learned in the Details article that he was punched in the face – and apparently pretty hard. “I got hit pretty hard in the face,” remarked Gyllenhaal, 34, in the interview provided to Details. “All the producers ran [over]. I don't think out of real worry for me, but just the fact that we were only two weeks into shooting.”

5) He stepped into the mindset of real boxers

One of Gyllenhaal’s gifts as an actor is his ability to completely surround a given role. In order for him to transform into Billy Hope, he needed to be around real life boxing professionals. To make this happen, he went to boxing matches to see people like Floyd Mayweather in action. Gyllenhaal also trained with professional boxers to prep for the movie. 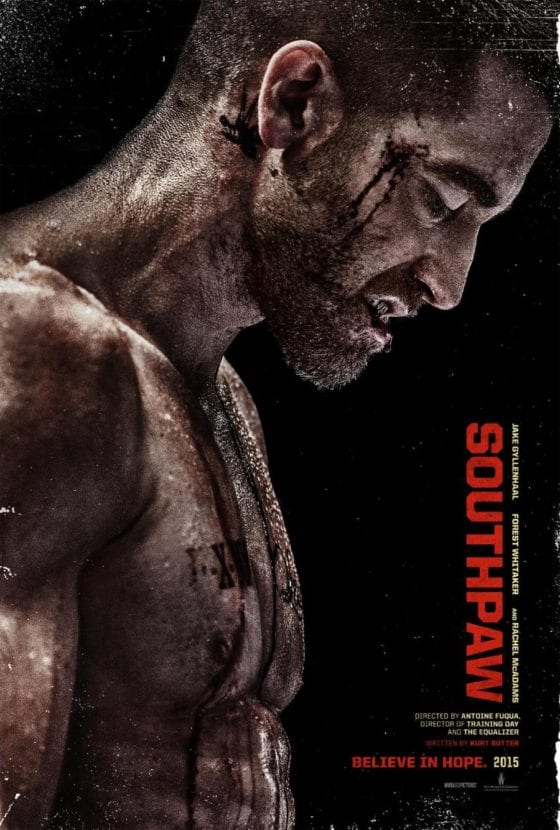 According to the movie’s director, Antoine Fuqua, Gyllenhaal was in the ring seven days a week, duking it out with other boxers. Some of that “ring time” was spent in places like New York’s famous Church Street Boxing Gym.

The final take-away from the interview, plus other material we gleamed about his prep work for the movie is simply this – Jake Gyllenhaal never stopped training. He was emotionally connected to his character for Southpaw and completely open to being coached. Said his co-star, Rachel McAdams (Maureen Hope) about his sense of focus: “He was going hundreds of rounds a day to get the shot, day after day.”

We’ve always enjoyed Jake Gyllenhaal for his acting abilities. He was amazing in Brokeback Mountain and fantastic in Nightcrawler. That he was able to engage in such a powerful physical metamorphosis so quickly for this flick is impressive in its own right.

Southpaw opens in theaters on July 24. The advanced reviews appear to suggest it’s a movie worth seeing. We certainly will be checking it out.