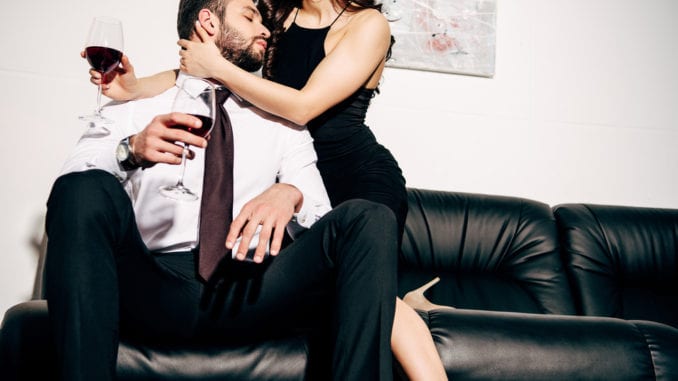 Here’s what to do after doing it

Congratulations! You’ve just had amazing sex with your partner. Now, don’t ruin it by killing the vibe with some poor after sex etiquette. What you do after the deed is just as important as what you did before and during.

Don’t roll over and check your phone right after sex. Don’t put your shoes on and head for the door. Things like that will ensure that you only get one-night stands and a bad reputation.

Check out some of these bedroom tips if you want to make a lasting impression on your lover.

Cuddling after sex isn’t always easy for guys. After men climax, we usually just want some space. Yet, women tend to feel the opposite way. You should avoid the urge to rush into the bathroom or simply roll over and go to sleep.

Take the time to cuddle with your partner and let them know that you enjoyed the experience. You can gently trace your fingertips over their body. You can run your fingers through their hair. Or you can simply enjoy the silence together. The important thing about cuddling after sex is that it gives your partner the assurance that you appreciated the connection, not just the sensation of sex.

A scientific study on intimacy that was published in the journal the Archives of Sexual Behaviour in 2014 found that cuddling after sex made romantic bonds stronger. The study didn’t just cover cuddling either. The research participants reported that spooning and gently caressing one another also led to higher levels of sexual satisfaction. In a follow-up to the initial research, couples reported that cuddling after sex had a long-lasting positive effect on their overall relationship, as well.

2. Take the Lead on Post-Sex Clean Up

Real life sex isn’t like the movies. Most of the time, you shouldn’t just roll over and have a cigarette while some sappy R&B music plays in the background. There are some clean up chores to be done and doing them properly will help you score some added points with your sexual partner.

First, there’s the condom. It’s like a house guest that doesn’t know how to show itself toward the door. The worst thing you could do is leave it on or simply rip it off and toss it to the floor. Don’t get lazy. There’s a right way to dispose of a used condom.

Here’s a pro tip – always keep some toilet paper, a soft towel and a waste bin next to your bed.

You can even tuck away the opened wrapper and push the used condom right back into the packaging before wrapping it inside some toilet paper. You can tie off the end of the condom to prevent any unwanted messes or you could use a plastic bag to line the waste bin. That way you can just tie up the whole thing and toss it out later.

3. Give Your Partner First Use of the Bathroom

Even though you shouldn’t jump out of bed right after sex, you’re both going to want to make your way to the bathroom at some point. Your partner will really appreciate it if you let them go first. The trick is not to urge them too quickly. Let your partner relax for a while, then you can suggest that they go first.

After sex, bacteria can work its way inside the vagina and the penis causing urinary tract infections. In fact, women are more susceptible to UTIs than men. Symptoms of a UTI include frequent urges to urinate, burning urination and cloudy urine. You don’t want to spoil your night with a UTI. So, letting her go first is a big win in your column.

Related: Are you embarrassed about your manhood?

When your partner comes back to bed and notices that you’ve taken steps to make them more comfortable, they’ll be more likely to shower you with even more affection. Men get called gentlemen for opening the door, but real gentlemen put a towel down after sex.

4. Bring Back Some Refreshments

Now that you’ve cuddled a bit and taken care of the mess, you can take some time to relax again. If you’ve done these things first, then your partner will have no problem with you going to the bathroom, having a smoke, or doing anything else you want to do after sex.

On your way back to the bed, (and yes you should eventually come back to the bed) be sure to grab some refreshments from the kitchen. Sex is a form of exercise and it can leave you and your partner feeling dehydrated.

A study covered by BBC News found that just two out of five people drink water after sex. People just don’t put sexual activity on par with exercise. You’re caught up in the moment and after it’s over, you aren’t likely to consider how much fluids you’ve lost.

Yet, you can really impress your partner by bringing a glass of water back to bed. Don’t even ask if they want one; they need one. Hand them a glass of water, let them take a drink and take the empty glass away for them afterwards.

Men, the emphasis on this tip is the word nothings. You should say little to nothing after sex. In fact, you should just listen to your partner. Listen to her breathing. Listen to her little sighs and coos. Listen to her conversation, should she choose to have one.

What you shouldn’t do is interrogate them with questions that you might not even want the answers to.

“Can you make me a sandwich?”

Guys, there’s almost nothing that you could ask after sex that you’ll want an answer to. If the sex was good, then your partner’s body language will cue you in to that fact. If you don’t know if she came, then she probably didn’t, and you shouldn’t remind her of that fact.

You should give small little compliments after sex – sweet nothings.

Everybody is different. Your partner might not want to cuddle or talk much after sex. They might just want to get back to playing video games or head home before traffic gets too heavy on the highway.

So, these aren’t hard and fast rules about after sex etiquette, but you should always try to follow these guidelines as a template for your own experiences. Guys, we sometimes worry too much about how we performed in the act of sex and completely neglect what comes afterwards. Sometimes, after sex etiquette is better than sexual performance.

What else should you do after sex? Is there anything that someone did that completely turned you off? Or turned you on again?