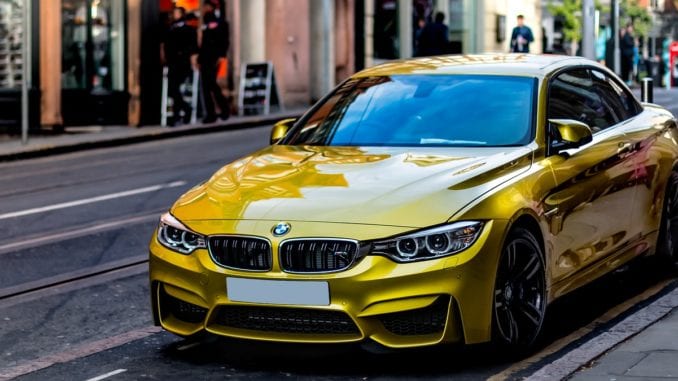 There’s auto racing and then there’s street racing – its illegal and sometimes way cooler cousin. Atlanta is a hotbed for street racing, but quarantined streets have caused a sharp uptick in recent months. Street racing is on the rise all over the country, but Atlanta has gained the spotlight.

It’s nothing new. People have been racing in Atlanta since the 1980s. Moreland Ave is the main thoroughfare for street racing in the ATL. It’s the border between Fulton and DeKalb county. That makes for some pretty big rivalries and epic drag races. One prize totaled $10,000.

There’s also a plaza just off Moreland Street that plays home to some large car meetups where people do donuts and burn outs. Sometimes, there are hundreds of people gathered to watch the action. There’s definitely a street racing culture in Atlanta that goes beyond the drivers themselves.

Street racing is illegal and extremely dangerous. The races are unsanctioned. Most drivers are amateurs who drive mods that might get out of control at any minute. There have been dozens of fatalities reported along that stretch of road in recent years.

Atlanta Cracks Down on Street Racing

Police in Atlanta and DeKalb county have warned street racers that the law would come down hard on them and that threat was made real on May 15th. In a coordinated raid, police seized 29 cars, wrote 114 citations, and arrested 44 individuals.

The sweep was conducted by multiple organizations including Georgia State Patrol, deputies from the Fulton and Clayton county sheriff’s offices and the Atlanta Department of Corrections. It was a highly publicized and well-choreographed raid.

APD Deputy Chief Terrell Griffin told the Atlanta Journal Constitution that “We could not have done this without the assistance of these agencies, and our ability to work together toward our common goal to stop these behaviors on local streets and highways. It truly was a team effort.”

The Atlanta Motor Speedway is already the official site for racing in the city, even though it’s located 20 miles away in Hampton. As long as you have a license, you can stage some races there and show off your cars.

The issue is that lots of street racers don’t have valid driver’s licenses or don’t meet certain criteria with their vehicles. For others, the idea of well-organized racing is just taboo. There are big cash prizes to be had in the illegal world of underground street racing.

The mayor wants to make street racing safer and cut out some of the illegal activity associated with it. Just before the raid, Mayor Keisha Lance Bottoms spoke with city council officials about creating a sanctioned zone for street racing.

Mayor Bottoms said that her 18-year-old son proposed the idea. She’s also working with a consulting firm to hash out the feasibility of creating a designated drag strip or plaza for car meetups going forward.

While Mayor Bottoms is embracing the street racing culture, some city council members are doubling down on harsh legal enforcement. Dustin Hillis is drawing up legislation that could imprison spectators for six months and lay down fines of $1,000.

The Future of Street Racing in Atlanta

One thing is obvious, all the arrests and seizures won’t stop street racing. That type of approach has never worked. The culture is just too strong and the need for speed isn’t easily culled with harsh penalties.

The Atlanta street racing scene definitely needs more organization. As you can see from this video, there’s just way too many gawkers who seem overly eager to get mowed down.

The mayor’s solution will take time to implement and nobody knows who will pay for the venue. It could involve the Atlanta Motor Speedway, but street racers might not embrace new rules about their cars and driving records.

While Atlanta is on lockdown to stop the spread of COVID-19 street racing will thrive. There’s just too much empty pavement. So, perhaps a big raid was the best short-term solution for Atlanta’s bustling street racing scene. What Atlanta really needs is a return to normalcy. More cars on the road means less asphalt to spare for races.