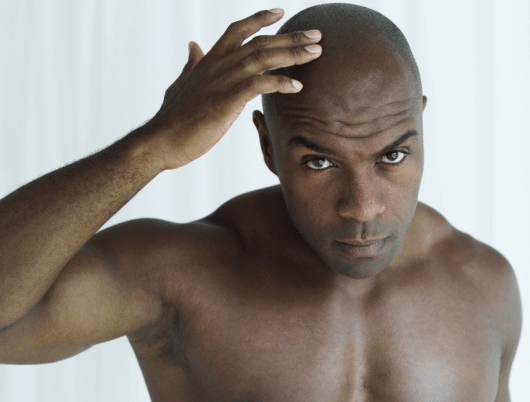 A new combination of studies from the University of Pennsylvania are out and it looks like they wanted to study attraction to bald men.

The studies by the ivy league school contained three different sessions to figure out what the general consensus was on the attractiveness of bald men. The researchers did this by asking students and online participants to rate pictures of men.

More specifically, the first study asked students (35 women and 27 men) to rate photos of the 25 men who were set up similarly in that they were all wearing dark suits against a dark background and cropped from their chest up.

Plus, the students rated the men a number from 1 to 7 (with 1 meaning not at all and 7 meaning very). Then, they were told to rate how much they thought a man in a photo looked dominant/powerful/influential and how much they looked agreeable/friendly/pleasant.

The second study had 344 online participants look at four photos selected from the last study. Those photos were of white men who all looking closely similar and were all around the same age. On top of that, the researchers created a second copy of the photos but with the mens’s hair digitally edited out.

Participants were then asked to rate the men based on level of dominance, confidence, normalcy, masculinity, and attractiveness. Then, they tried to guess the ages, heights, and strength of the men.

“John is a white, non-Hispanic male, 35 years of age. He works in the health care sector and has a basic college education. He lives in the mid-west United States. He is 5’ 9″ tall, weighs 180 pounds, and has [a shaved head/thinning brown hair/thick brown hair].”

The results of all three studies found that men with bald heads are considered more dominant. In fact, that was a consistent result in all three studies. In addition, in study 2 people guessed that the bald men were taller and stronger than they actually were, which gives to the idea that we perceive bald men as larger and more prominent than others.

But sadly, there wasn’t all good news. Study 2 also found that people guessed that bald men were older than they actually were. Plus, studies 2 and 3 found that men were considered less attractive with bald heads.

That said, the study tried to end on a good note by stating that if you’re ever in a place where your head is balding, it might be better idea to shave it all off.

The world’s perspective of you will change for the better and the worse, but going completely bald is better than leaving your head at the halfway state.

As the study stated, “Men might better improve their well-being by finishing what Mother Nature has started.”