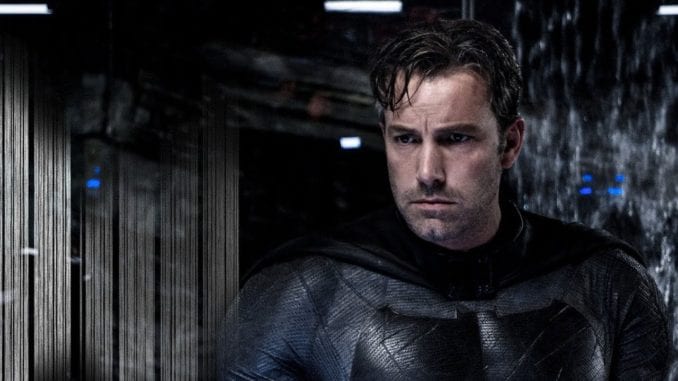 The Real Reason He Left

Ben Affleck is opening up more about his fight with alcoholism.

In a recent interview with The New York Times, Affleck shares that the real reason he left Warner Bros.’s DCEU and the role of Batman is because he was struggling with alcoholism. Not only did the high profile job add stress to his life, but so did the end of his marriage to Jennifer Garner. This resulted in a one-two-punch that pushed him towards drinking.

“I drank relatively normally for a long time,” Affleck said. “What happened was that I started drinking more and more when my marriage was falling apart.”

“You’re trying to make yourself feel better with eating or drinking or sex or gambling or shopping or whatever. But that ends up making your life worse. Then you do more of it to make that discomfort go away. Then the real pain starts. It becomes a vicious cycle you can’t break. That’s at least what happened to me.”

As for the upcoming The Batman that is now being led by former Twilight star Robert Pattinson, Affleck was originally going to lead. In fact, it was Affleck that was going to direct the film as well. But when he decided to focus on his health, Matt Reeves took over. Reeves then decide he wanted to take the film in a different direction with a “First-Year In” approach to the caped crusader.

“I showed somebody The Batman script,” he said to The Times. “They said, ‘I think the script is good. I also think you’ll drink yourself to death if you go through what you just went through again.”

This isn’t the first time that Affleck talked about his fight against alcoholism. Back in November, Affleck used a dating app as a gateway to discuss the issue. Back then, it was discovered that Affleck was on the Raya dating app. The app is marketed as the dating app for people in the entertainment field, but very few A or B level celebrities use the app. So, it became big news when Affleck was found there.

Once word got out, Affleck decided to comment on the app. But even better, he then directed the conversation to give free publicity to the charity organization The Midnight Mission. That organization helps addicts to get back on their feet.

“HA, you got me. I’m dating,” Affleck wrote in an Instagram post at the time. “But let’s be serious for a moment and talk about something that is actually important. I have been in recovery for over a year and part of that is helping out others. @themidnightmission is an incredible organization that helps those in need with housing, training, development and recovery. I’m making a donation today because there are people battling addiction every day that don’t have the resources and need help. @raya, you in? Who else is with me? Click the link in my bio to donate.”

Good for Ben Affleck for creating visibility about a topic that needs more discussion.