A new study was recently published in the journal JAMA Oncology. It found that black men are as equally at risk for the disease as their white peers.

“Black men have similar outcomes to white men once they’re diagnosed with prostate cancer, when you account for differences in access to health care and receiving guideline-recommended treatment,” said lead study author Dr. Daniel Spratt. “In fact, black men, on average, had better outcomes than white men, when looking at patients who enrolled on clinical trials.”

Researchers from the University of Michigan analyzed data covering 306,100 men aged 59 to 71. 54,840 of those men were black. Researchers specifically focused on comparing black and white men. They found men of similar ages, socioeconomic status, and tumor characteristics like the grade of cancer.

Ultimately, they found that men of either race were at comparable rates of death. Especially, when the men had similar access to medical care.

Dr. Spratt, who’s an associate professor and the vice chair of radiation oncology at the school, spoke on the study. He noted how the larger amount of Black men dying for prostate cancer is a societal issue.

This high death rate is more about the societal structure around black men and medical assistance.

“This data suggests that — although on the population level, more black men die from prostate cancer than white men — this disparity is largely, if not entirely, driven by social constructs and even systematic racial disparities in our country,” Spratt told NBC News.

“This study debunks that there is a large genetic driver of stage-for-stage worse prostate cancer outcomes in black men compared [with] white men, and [instead suggests] that previously detected differences are largely, if not entirely, driven by social and cultural factors,” he added. 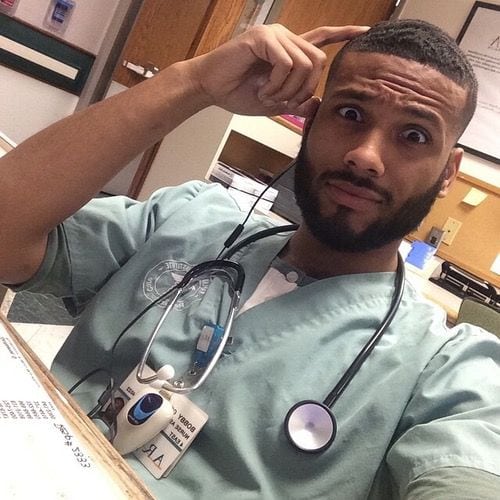 If backed by future research and data, this study could create a change for black men dealing with prostate cancer. More emphasis will be given to creating access for men of color. Plus, doctors who do meet them won't carry the bias that black men are more likely to die.

“America needs fundamental socioculture changes to reduce — and hopefully one day eliminate —discrimination, and [to] improve access to health care, providing insurance coverage and … access to quality care not just for cancer, but for other diseases,” Spratt said. “One method that can help with this is by expanding the diversity of the health care workforce.”

Spratt then doubled down on his call for focusing on the health of black men.

“The larger and more important question to address is why black men are dying [at higher rates than white men] of other causes, like heart disease,” said the good doctor. “This emphasizes the importance of addressing the social inequities for black men [in the U.S.] and making sure they have access to, and can afford timely and quality health care.”