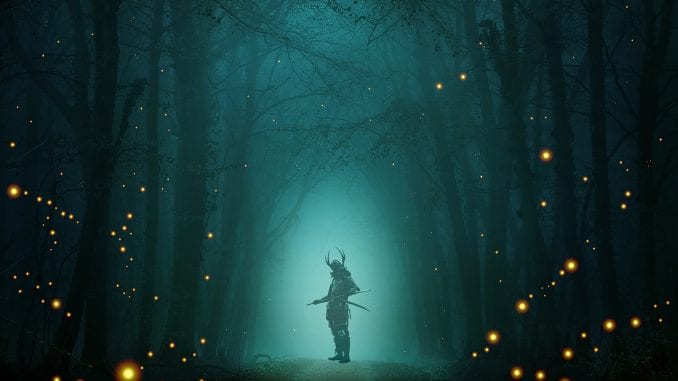 Did you know that Japan once had an African samurai warrior? His name was Yasuke. Now, Japan’s first Black samurai warrior Yasuke gets his own Netflix series. If you liked Black Dynamite, Afro Samurai or Ninja Scroll, then this new anime is one that you can’t possibly miss.

LeSean Thomas and animation studio MAPPA teamed up to bring the story of Yasuke, the Black samurai, to life. It’s already been in development for the past three years and Yasuke will debut as a six part mini-series.

Is the Legend of the Black Samurai Really True?

This isn’t just a cross cultural mash-up like Afro Samurai or Samurai Champloo. This anime production is based on a real person from Japan’s long and bloody history. During the 1500s, Japan was in the middle of a hundred year civil war. Feudal lords fought over territory until a warlord named Oda Nobunaga rose to power. He became the first regional daimyo to unify all of Japan but he did so by putting most of the nation under the sword. In Nobunaga’s service was an African man named Yasuke.

Yasuke was the name that this warrior was known by in Japan. However, it’s believed that he was actually from Mozambique. He served an Italian Jesuit named Alessandro Valignano who visited Japan sometime in the late 16th century.

The year was 1579 and Valignano arrived on the shores of Japan with a tall, dark-skinned man in his retinue. He was such an unbelievable sight to behold that this African man (who towered over the Japanese people) was ordered to present himself before Oda Nobunaga himself.

In popular 16th century artwork, Yasuke is depicted as a sumo wrestler and almost mythical character renowned for his fighting skill. A samurai named Matsudaira Ietada wrote about Yasuke in his diary. In the year 1579, he wrote “His height was 6 shaku 2 sun (roughly 6 feet, 2 inches (1.88m). He was black, and his skin was like charcoal.”

There was a Jesuit letter written by Luis Frois which stated that Nobunaga didn’t believe that Yasuke was really black. He thought it was a trick and that Yasuke’s skin was dyed with black ink. Yasuke was ordered to strip down and scrub the ink off his skin. Needless to say, the color of his skin didn’t change.

Archive records from the Maeda clan reference Yasuke, as well. He was given a residence and a katana by Nobunaga and became his personal sword bearer. This was a prestigious post for Yasuke and he must have proven himself as a warrior.

Yasuke fought alongside Nobunaga’s forces in the battle of Tenmokuzan. According to historian Toman Lockley, Yasuke was with Oda Nobunaga at his last moments of life. Nobunaga was betrayed by one of his generals and his fortress was sieged.

Nobunaga committed ritual suicide but asked Yasuke to behead him and take his sword and head back to Nobunaga’s son. It might seem morbid by modern standards but that was a great honor in feudal Japan. After Oda Nobunaga’s reign came to an end, Yasuke seems to drop from the pages of history. There aren’t any credible accounts of his whereabouts after that.

What’s the Anime About?

Yasuke was the first African to arrive in Japan and the first non-Japanese samurai. The Netflix anime embellishes the tale with magic, mech weapons and plenty of action. From the trailer, Yasuke takes notes from Afro Samurai and Ninja Scroll, two popular anime titles that were big hits with African American audiences. That comes as little surprise because Le Sean Thomas is the creator of The Boondock’s and Black Dynamite.

There’s something serendipitous about LeSean Thomas, an African-American moving to Japan to work with Japanese animators to create this series about an African man who went to Japan to become a samurai among some of the best warriors in the world. It’s like history repeating itself.

The anime is filled with sword fights and drama. Yasuke arrives on the scene as the greatest warrior ever known in feudal Japan. He is the protagonist of the story and like most marital arts heroes, he just wants to live a life of peace after witnessing and doling out so much violence. A small village takes center stage as warring daimyos fight over territory and Yasuke is called into battle once again. This time, it’s to protect a small child from evil forces.

Check out the trailer for Yasuke on Netflix.

LeSean Thomas is no slouch in the anime world. He was a storyboard artist for The Legend of Korra. The voice of Yasuke will be played by Lakeith Stanfield. Music will come from Grammy nominated Flying Lotus.

It was rumored that the late Chadwich Boseman was going to play the role of Yasuke in a live action feature film. Lionsgate was also rumored to be developing a film about Yasuke. For now, the anime will have to suffice. Yasuke will debut on Netflix on April 29th.