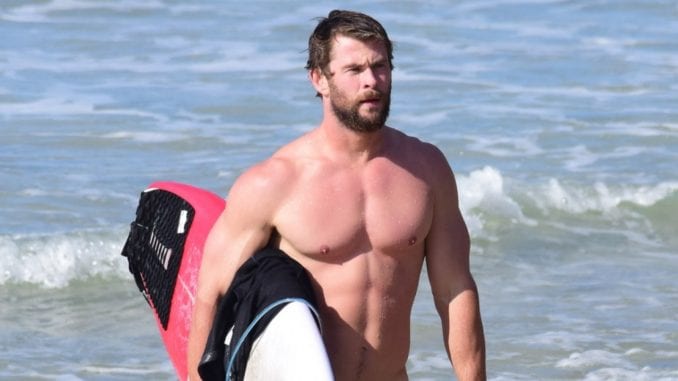 It seems like every month there’s a new superhero action movie hitting the theaters. Avengers: Infinity War alone has grossed over 670 million dollars worldwide. The comic books that these movies are based on create larger-than-life characters that have sometimes proved difficult to recreate on the big screen.

Just look at an old Wolverine comic and you’ll realize just how challenging it was for Hugh Jackman to get arms that size.

In the world of super hero muscles, there’s no substitute for the real thing. Yet, sometimes actors try to fake it ‘till they make it. Take Zachary Levi for example. The actor appears to be wearing a fake muscle suit in the upcoming movie Shazam! Now, critics and fanboys have already ripped the movie and Levi’s credibility to shreds even though the movie isn’t due to hit theaters until April.

To be fair, in a recent interview on Michael Rosenbaum's Inside of You podcast, Zachary Levi said that he was on a 3,700-calorie diet and working out five to six days a week. His Instagram snaps also show him laboring with free weights and barbells in the gym.

He’s obviously attempting to get ripped, but he just looks incredibly fit, not super-sized. Any recent photos of the actor belie the incredibly yoked quality of the superhero Shazam. Something about the trailer and the behind-the-scenes photos just don’t add up. Just look at his arms in the BTS photo and you can see that his triceps are bulging while his arms appear to be at a state of rest. That’s a dead giveaway for padded muscles.

Luckily, Zachary Levi is the exception to the rule on actor’s pretending to bulk up for their action movie roles. Most actors invest themselves heavily into creating a look of aesthetic realism. Just look at Tom Hardy in Venom (or any of his movies for that matter).

He’s dedicated himself to bulking up his frame and sculpting his physique to make a more realistic character. If you want to know more about his workout regimen to get huge arms, check out this Tom Hardy Venom Workout Routine.

Another prime example of an actor bulking up to embody the superhero aesthetic is Chris Hemsworth. In Avengers: Infinity War, Chris Hemsworth had his best outing as Thor with some truly amazing acting chops and a commanding emotional presence throughout the film.

Most notably, he embodied the character of Thor with his arms bare. You could clearly see just how brawny Hemsworth became in order to lend credibility to the Asgardian warrior god. 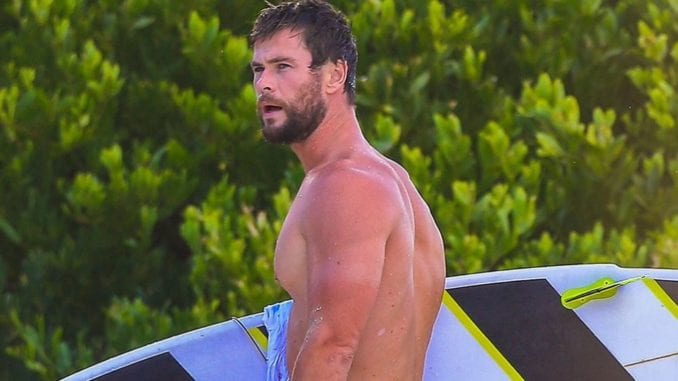 Do you want to have a body like Thor?

Then, you better be prepared to get animalistic. Just check out this unorthodox training video posted to Chris Hemsworth’s Twitter account. He does several high intensity interval training (HIIT) exercises back-to-back (supersets) in the video while holding two heavy-weighted dumbbells.

He’s seen going from a crouching dumbbell push, to a gorilla dumbbell quadrupedal crawl, straight into a quick set of dumbbell squats and then Hemsworth polishes it off with a few repetitions of the dumbbell curl. That’ll help you lift a magical hammer for sure.

Obviously, there’s a focus on functional fitness, but his arms still look incredibly jacked. You would think that he spent hours in the gym to get that big, but his trainer insists that Hemsworth only trained for an hour a day, lifting 3 to 4 times a week.

You can recreate Hemsworth’s results by doing his weight-lifting arm workout from Thor: Ragnarök.

Notes and Tips: Luke Zocchi, Chris Hemsworth’s personal trainer did not mention the weights used during this routine. However, the purpose of this workout was to add size to Hemsworth’s arms. Given that fact, you should use the heaviest weights that you can safely lift for 15 repetitions without losing your form.

If you are a weight-lifting novice, then you shouldn’t try this routine as supersets. Don’t try to flow from one exercise right into the other. It’s okay to do a single exercise, rest and then get back into your workout after that. You will still have incredible results if you stay consistent. 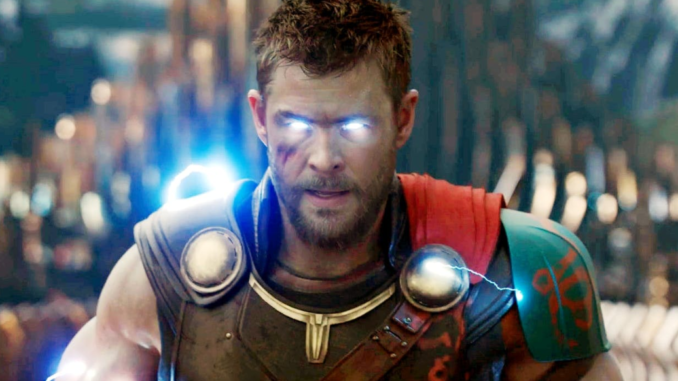 Hemsworth’s trainer Luke Zocchi revealed that Chris avoided eating meat and animal products during his training for Avengers: Infinity War. In an interview with DailyMail Australia, Zocchi said, “we tried to see if he could keep the muscle being vegan and it actually surprised me as well because we’re all in this mentality of ‘gotta eat animal protein, protein, protein’ but you can get a lot of protein just from beans.”

Related: Thor was NOT fat-shamed in Avengers End Game

It's important to remember that you won’t get super-hero arms like Chris Hemsworth if you don’t rest and eat properly. Don’t try to eat a ton of food all at once. Try to progressively increase your caloric intake week by week. Eat lean meat, fish, eggs and some non-animal protein, as well.

Here’s another tip. Try to keep your body in a positive nitrogen state all throughout the day. This means that there is always a continuous supply of complete protein in your system to facilitate muscle growth and repair. This is where a protein shake would really come in handy.

Good luck on your journey to attaining sidewalk-cracking glory. You might not get the callback for the next Avengers movie, but with some hard work and discipline, you’re sure to add a few inches to your guns.