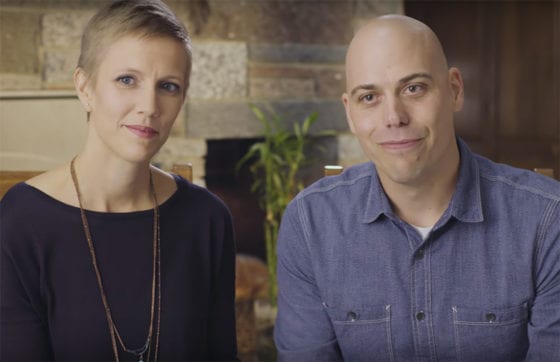 Carl and Angel Larsen, a married couple in Minnesota, are the owners and operators of Telescope Media Group. On Tuesday, the duo filed a lawsuit in Federal Court against the state's Commissioner of Human Rights, Kevin Lindsey and the Attorney General, Lori Swanson.

You may be wondering why?

The Larsen’s believe that the state's laws governing equality are wrong and will lead them to being punished for refusing to provide video recording services to same sex couples wishing to marry.

According to what's written in the lawsuits, the Larsen’s, “Are Christians who believe that God has called them to use their talents and their company to create media productions that honor God.”

But there is more.

The paperwork filed in Federal court goes on to say the couple are “Deeply concerned that American culture is increasingly turning away from the historic, biblically-orthodox definition of marriage as a lifelong union of one man and one woman, and that more and more people are accepting the view that same-sex marriage is equivalent to one-man, one-woman marriage.”

Apparently, same sex marriage is against their spiritual beliefs. “Minnesota law forces the Larsen’s to produce videos promoting a conception of marriage that directly contradicts their religious beliefs.”

The couple have the backing of a Christian Legal non-profit group called The Alliance Defending Freedom (ADF).

On the ADF website, a statement appears that says the following: “The Larsens know the power of film — of great story-telling — to change hearts and minds. They want to use their wedding cinematography to reanimate the hearts and minds of people about the goodness of marriage between a man and a woman.”

Apparently it is such a big deal to ADF, they even produced a video to explain their legal actions.

Nothing in the lawsuit mentions any specific incidents where they have been asked for or refused to provide services to same sex couples. Instead, the suggestion is made that the wedding services market is an area the couple is looking to further move into.

ADF is describing the legal maneuver as a ‘a pre-enforcement challenge’.

Since 2013, same sex marriage has been legal in the state of Minnesota.

Teresa Nelson, legal director of the American Civil Liberties Union of Minnesota, told the Star Tribune, ‘This could open a real wide door to people citing religion in turning away customers they don’t like.”

She goes on to state in the interview:

“It opens the door to a vast array of discrimination … if the court sides with the plaintiffs.”

In an official statement, Human Rights Commissioner Lindsey said, ‘This lawsuit is part of a pattern of nationwide litigation that is now aimed at eroding the rights of LGBTQ Minnesotans.”

However, he is confident the lawsuit it will fail and sexual orientation will remain a part of the state’s Human Rights Act.