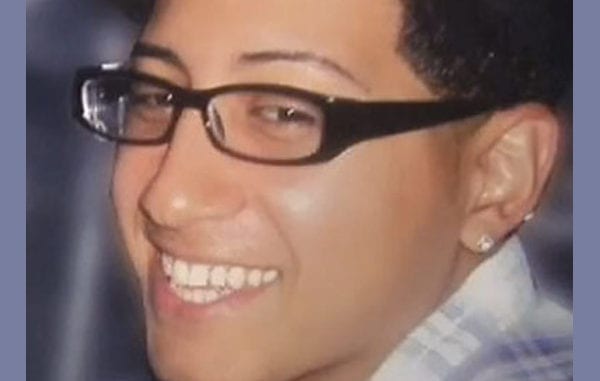 Anthony Collao was savagely killed because a group of thugs thought he was gay.

Finally, two men have confessed to being part of a heinous and disgusting crime from 2011 where they stopped an 18-year old teenager to death because they thought he was gay.

Related: Ex-Marine told not to kiss his boyfriend in “patriotic” bar.

One of his accomplices, Nolis Ogando, 22, of Queens, pleaded guilty on Thursday to first-degree gang assault.

Echevarria and Nolis were part of a six person group that attacked Anthony Collao (18) after chasing him when he left a party in the Woodhaven area.

Yelling homophobic slurs and carrying sticks, pipes and a cane, the group threw Collao to the ground. According to the Queens district attorney, they then punched, kicked and bashed on him with lattice fencing.

If that wasn't horrible enough, the thugs then robbed him – even snatching his sneakers and Atlanta Braves baseball cap.

Sadly, Collao died later as a result of the hate filled attack.

“This was a horribly brutal and unprovoked attack. The victim had just left a birthday celebration and was chased down as the defendants yelled anti-gay slurs,” said Queens district attorney Richard Brown.

“The last two defendants in this case have now admitted their roles in this heinous attack that cost a young man his life,” he added.

Others that were part of the crime include the following individuals, as reported in the NY Daily News:

“Pietri, 22, of Woodhaven, pleaded guilty in May 2013 to first-degree gang assault and was sentenced to 16 years in prison.

Tabales, 22, of Richmond Hill, pleaded guilty in May 2013 to first-degree gang assault and was sentenced to 12 years in prison.

Lozada, 22, of Woodhaven, pleaded guilty in December 2013 to second-degree assault and was sentenced to four years in prison.

Velez, 22, of Queens pleaded guilty to first-degree manslaughter this April and was sentenced to 18 years in prison.”