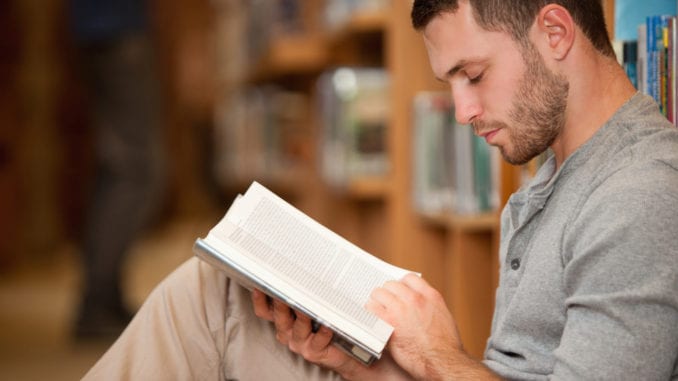 In an age of declining reading, where does classical literature fit in?

Classical literature is required reading for most students, but should it be?

Do the lessons of Shakespeare and Homer have any relevance for young students who are more connected with technology than ever before?

These are important questions in light of the fact that a full 95 percent of teens surveyed by a 2018 Pew Research Center poll report having access to smartphones.

Nearly half of those teens reported being online almost constantly, as well.

Social media and interactive technology are on the rise but reading in general has shown a steady decline. The U.S. Bureau of Labor Statistics reported that in 2017 just 19 percent of Americans were reading for leisure on any given day.

Yet, what about required reading? Young people are accessing information and learning in new and innovative ways. They also face a myriad of social issues that classical writers could have never imagined.

Classical literature in the here and now

Can young students really relate or gain value from a story about a Danish prince who is tormented by a ghost that may or may not be the spirit of his murdered father?

Or can they see themselves in a lovestruck young Romeo who pines for his lover beneath her window at night?

To gain some expert insight into the relevance of classical literature in our digital age, Men’s Variety spoke with Sydney Liu, CEO of Commaful.com.

“While the characters in ‘Romeo and Juliet’ might not be taking selfies, many of the principles and story elements serve as the basis for modern literature and social norms,” Sydney says.

He goes on to say that “Most writers build on top of the greats before them and the classics are the best examples of that. Many important modern references, stories, and even entire genres stem from books like ‘Romeo and Juliet’, ‘The Great Gatsby’, ‘Oliver Twist”, and “Frankenstein’,” he adds.

Those are interesting points, considering that most modern movies and episodic dramas borrow universal themes from classical works of literature.

It’s difficult to argue that a story like Romeo and Juliet is no longer relevant when there are dozens of movies made in the last 10 years that use Shakespeare’s classic as a template.

Just look at Warm Bodies (2013). That was basically a zombie twist on Romeo and Juliet.

But should the classics be required?

Some would argue that those lessons shouldn’t be required learning anymore because they’ve become part of the public domain.

It might not be necessary to read Mary Shelley’s Frankenstein because most students already know the story’s main thematic elements and background from other stories that more closely mirror their own experiences.

The classics have become like fairy tales in a sense – so ingrained in our culture that young people are intimately familiar with their plot and characters but couldn’t tell you who actually wrote the book itself.

There’s little point in debating the intrinsic value of those classical stories, but should young people, especially young adolescent men still read them?

Well, a retired humanities teacher and father of two boys wholeheartedly believes so. Jim Wasserman is the author of Middle Schoolers, Meet Media Literacy and this is what he had to say on the issue.

“Classics should never be read just because they are classic. At the time they were first popular, they were contemporary. If we read things just because our ancestors did, we are really doing a disservice to the literature, creating religious canons that are little understood except somebody now dead liked it,” says Wasserman.

“On the other hand, if one reads Merchant of Venice and then asks if we are better at treating minorities/immigrants today, then we can step outside of ourselves to better understand ourselves.

I always asked my students and sons to help me find a story that validated or refuted the classic in terms of today's society (and might be tomorrow's classic).

One cannot know direction with one point (present). One has to have two points (past and present) to see the vector of society,” he adds.

What do you think? Do you read classical literature? Do you think the stories of the past still have relevance in our digital age?

Let us know what you think in the comments and be sure to share this with your book loving AND book hating friends.