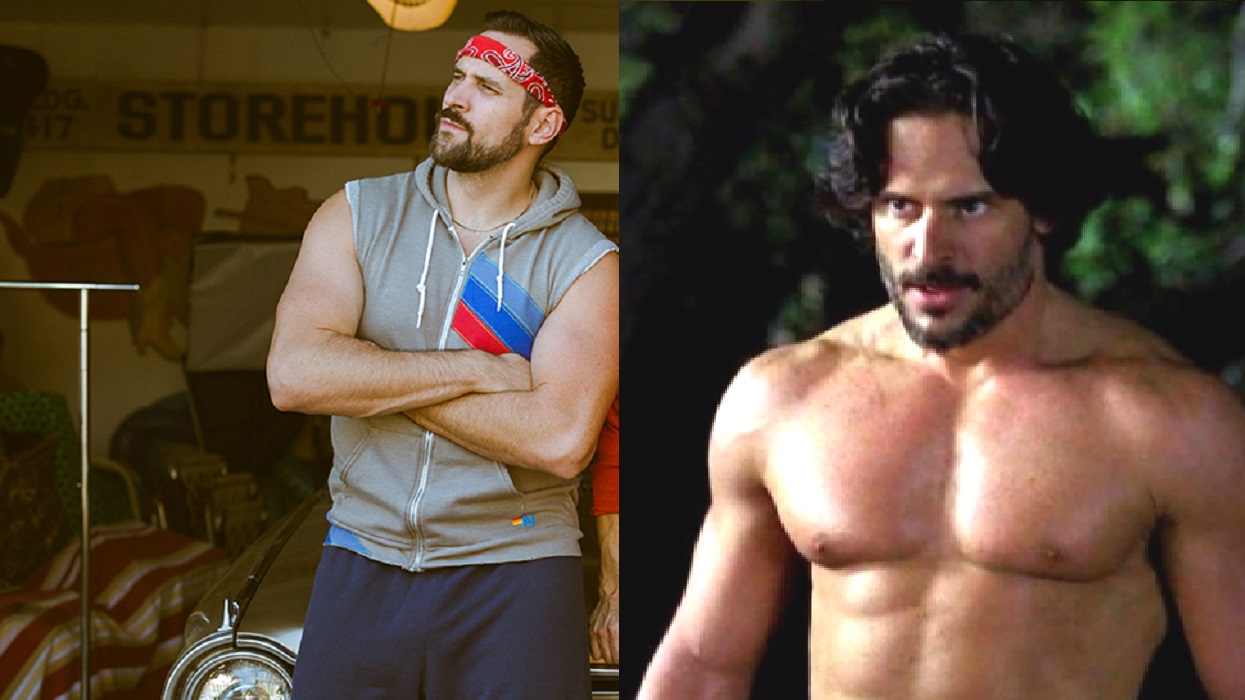 Hollywood actor Joe Manganiello is setting the record straight when it comes to the quality of men who play Dungeons & Dragons.

For decades now, there has been a stereotype established for the type of guys who play Dungeons & Dragons. From the satanic panic of the late last century to the depiction in popular Netflix show Stranger Things. Society has established the idea that men playing D&D are undesirable. But in actuality, all sort of men play. Geeky, beefy, and every color of the rainbow.

Unfortunately, professional wrestler Maxwell Jacob Freidman (known as MJF while in the ring) didn’t get the memo. In fact, he took to Twitter to belittle D&D players while showing off his muscle.

In the Twitter post, found below, Friedman posted a picture of himself in a gym locker room while wearing a yellow muscle tee. The wrestler then flexed while taking the photo. To caption the picture, MJR wrote, “I don’t play dungeons and dragons.”

From the start, Friedman came at this from the wrong way. This post wrecks of toxic mentality. The very fact that he felt the need to show off is one thing. But to try to put down dungeons and dragons players on top of that was just petty at best.

Thankfully, the internet, and one specific celebrity, came around to show Friedman a thing or two.

Don’t worry, Joey, this World of Warcraft player can back you up.🧐 pic.twitter.com/6q9VPR9Ly4

It's okay not everybody has friends

Sounds like you probably had a bad introduction to D&D, friend. No worries! I did too! With the right group, and a bit of trust, you’ll have the time of your life. Heck! Maybe ask @BranCutler to run a game for you after he picks you up off the mat! <3

Almost immediately after posting the tweet, Friedman was met with pushback and ridicule. Twitter users responded to Friedman’s post with jokes like the wrestlers’ mom having rolled a 1 when she gave birth to him. Though, some users, like Matthew Mercer, were more forgiving and simply asked Friedman to give the game a try.

But it was one Hollywood actor who truly shut down the wrestler. Joe Manganiello.

Mangianello responded to Friedman’s post with one of his own. And with the two simple words “I do…” (and a photo of himself in a Muscle and Fitness magazine cover with no shirt on), the Magic Mike star had us floored.

This isn’t the first time that Mangianello has talked about his love of D&D. The star once joined the Late Show with Stephen Colbert just to talk about Dungeons and Dragons. In addition, the actor created his own clothing company called Death Saves, which merges D&D culture with Heavy Metal culture.

Then, Manganiello has worked with the cast of the incredibly popular online D&D show Critical Role (which made over 11 million dollars for a Kickstarter project). Manganiello even appeared a live show of D&D with other jocks and muscular men to show that D&D players are multidimensional and come from all walks of life.

But Manganiello isn’t the only jock into D&D. Vin Diesel and Terry Crews have also shared their enjoyment at playing the game. Brandon Culter, another wrestler who will be facing off against MJF soon shared on Twitter that, “I do play Dungeons and Dragons.” And, Critical Role cast member, voice actor, and self-proclaimed geek Travis Willingham is no stranger to the gym as well.

Of course, some have argued that this is just a publicity stunt for MJF and his personality. But even if it is, that would still be a hurtful thing to say publically.

Like genuinely I don’t give a shit if this is for a “character” bad stunt. We’ve gone most of our lives being bullied by people for our games and you want to bring it back? Fuck that noise. We’re finally at a point where people can play and not be harassed. Get lost with this.

All of this is to say that D&D players shouldn't be mocked and come in all forms. And no MJF, publicity stunt or otherwise, you’re not cool because you have muscles and refuse to be seen as a geek. In fact, that makes you weak. Men of all shapes and forms can love whatever they want. Exercise, board games, and making fun of you for being such a weak-minded individual.