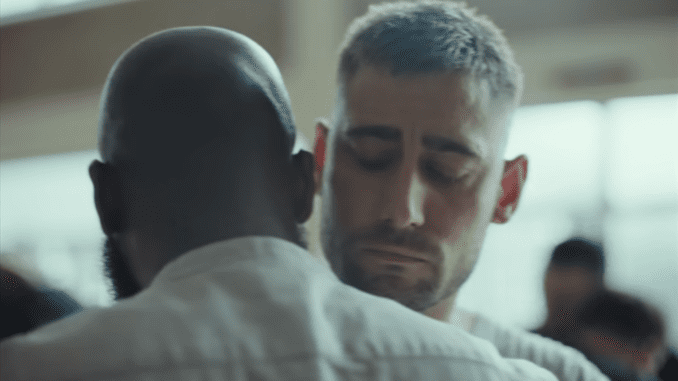 One song taking the music charts and radio stations, especially those in the UK, by storm carries a message about the tender side of men.

When it came to their song “Something About You,” UK singer Elderbrook and producer Rudimental were hoping to making good music with a message. Little did they know, the general audience would respond well to the song.

Talking to LGBTQ news source Pride, Elderbrook shared that the song is about how humans are social creatures with the need to connect with each other. The song’s lyrics cover this through lines like, “I miss the touch of morning sun. Making silhouettes of us. Way back when we had our paradise. We’re staying out through the night. Smoking, drinking, and getting high. I was wrong and I apologize.”

To match these lyrics, the accompanying music video shows a dancer, played by Michael Socha, attending a support group. The man shares his story before he gets up and starts to dance. He is then joined by the other men in the support group. This scene of sensitive men and open communication/emotions is rarely in music videos.

“The song is about, in maybe another world where the character that I'm singing from the perspective of, is going out too much and putting their relationship in jeopardy,” Elderbrook told PRIDE on the origins of the song. “It's basically about people needing people, and needing that one person to prop them up and help them be okay.”

Again, the song is currently gaining traction and attention for its message as well as its music video. The video itself, which was released back in August, has received over 8 million views on YouTube and has received praise online.

The message and video share a growing trend in male celebrities and discussions around masculinity. From seeing Captain America lead a support group in Avengers: End Game to hearing Harry Styles talking about emotional intimacy with his male friends.

On the latter note, Styles said, “I’m discovering how much better it makes me feel to be open with friends.”

He then added, “I feel pretty lucky to have a group of friends who are guys who would talk about their emotions and be really open. My friend’s dad said to me, ‘You guys are so much better at it than we are. I never had friends I could really talk to. It’s good that you guys have each other because you talk about real shit. We just didn’t.’”

So thank you to Elderbrook, Rudimental, and company for giving us the tender and fully-fleshed examples of masculinity that we need. We truly appreciate it.