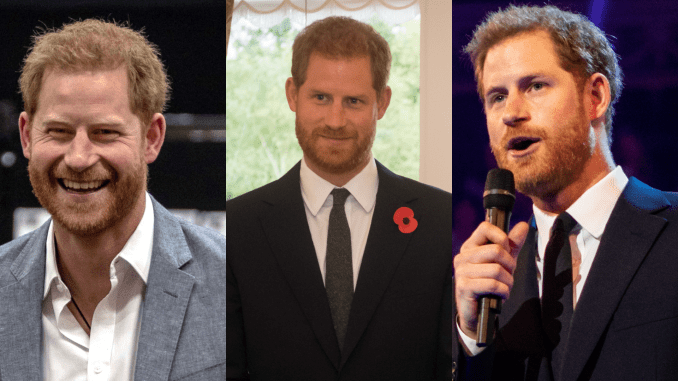 Prince Harry, a man loved my British citizens, international gossip lovers, and news sources. But who’s the man behind the many tabloid headlines? All of his life, Prince Harry has been considered the wild card in the British Royal family. From his rough education upbringing to the death of his mother, his reality tv show, and now to his exit from the Royal family alongside his wife, Prince Harry has had an interesting life. Here are some of the interesting facts and stories from the colorful life.

The first fun fact is that Prince Harry is a world traveler, and his travels started at a very young age. In 1985, which Harry was only eight months old, he was taken overseas by his parents (Prince Charles and Princess Diana). Then in 1997, Charles traveled to Botswana and South Africa with his father. In the latter country, he met Nelson Mandela and watched the Spice Girls perform.

That wasn’t the end of Prince Harry’s travels. Prince Harry spent a gap year in Australia, Argentina, and Africa after graduation from secondary school. Prince Harry also went on a trek to the North Pole in 2011. He did so to raise awareness for wounded service members with the Walking with the Wounded charity. The group trekked for more than three weeks in frigid, below zero temperatures. After reaching the Pole on Friday the 13th, Harry said, the date was “unlucky for some, but not for us.”

But what does Prince Harry do in his free time? He enjoys watching and participating in sports. Specifically, Harry seems to be a big fan of soccer and polo. Harry is a big supporter of the English team Arsenal. In addition, he enjoys polo and used to have charity matches with his brother William

Growing up, Prince Harry used to have a rabbit as a pet. He kept the bunny in the stable yard at Highgrove and looked after it alongside his brother. Plus, Harry had a special place in his heart for the sheep on the grounds. He used to spend hours taking care of them, giving them hay, and filling their water buckets.

Speaking of pets, Prince Harry was also given a pet name by his mother. Princess Diana nicknamed Harry “My Little Spence.” Plus, Prince Harry was rumored to be called Spike Wells by both his friends and his Scotland Yard protection officers.

4. He Had A Rough Education

Unfortunately, not everything went well with Prince Harry. Harry had his first school trouble when he was three-years-old. Harry attended Jane Mynors Nursery School in London. He reportedly had trouble making friends and was picked on by bullies. Harry was also held back a year at Ludgrove in 1997 after grieving over his mother’s death led to a drop in his grades.

Then went he went to Eton, his reserved personality led to misunderstandings. Harry was also often compared to his brother and mocked for cleaning up trash around the school. Plus, Harry was accused of cheating after he received good grades. Thankfully, an investigation later proved his innocence.

5. He Was The Problem Child

It seems that to his parents and the royal family, Prince Harry was a problem child for years. For instance, Harry’s father was worried that Harry had a drug problem. When he was a teen, Prince Harry was caught smoking marijuana and drinking alcohol. He was then taken to rehab at the age of 17. While Harry swears he didn’t smoke pot after that, he says he still had a problem with smoking cigarettes until 2018.

But once he got out of school, what did Prince Harry do? Well, he didn’t go on to university. Instead, he went into the military. After spending that before-mentioned gap year, Prince Harry attended the Royal Military Academy Sandherst. He then started a military career.

In 2007, it was announce that Harry’s army regiment would be deployed on a tour of duty in Afghanistan. This made Prince Harry the first royal family member to be in combat since his uncle, Prince Andrew, in 1982. His tour then served as a helicopter pilot in 2012-2013 and gained the rank of captain.

It should be no surprise by now that Prince Harry is known for his charity work. Not only did he work on the before-mentioned charity projects, but he had several others. In 2006, Prince Harry created a charity called Sentebale with Prince Seeiso of Lesotho in Africa. The charity supports children in Lesotho.  He also supports a wildlife conservation in Africa. Though possibly his most well-known charity initiative is the Invictus Games.

When talking about the Invictus Games, Harry said:

8. He Has Rich Friends

But who’s within Prince Harry’s inner circle of friends? Some of Harry’s closest friends include some of the world’s richest men. This includes Arthur Landon; Sam Branson, son of Virgin businessman Sir Richard; and Thomas van Straubenzee. 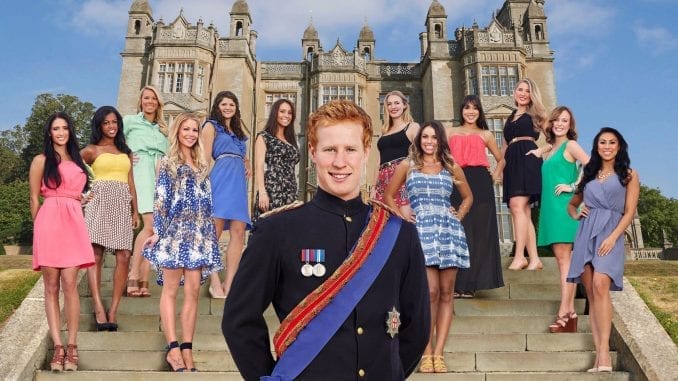 During his younger years, Prince Harry was known by the public and tabloid magazines as a playboy. Harry also had a female fan base called the “Harry Hunters.” That inspired an American reality tv show creating a show called I Wanna Marry Harry. Girls competed for the attention of a Prince Harry lookalike. Strange.

Funny enough though, Prince Harry has been fairly tame when he wants to be. IN fact, he met his 2012 girlfriend, Cressida Bonas, through a friend. He then became known internationally for his romance with actress Meghan Markle.

In the end, Harry ended up marrying Meghan Markle. The two got married in 2018 in the medieval St. George’s Chapel at Windsor Castle. The ceremony was a widely reported event that merged Britsh culture with African-American culture. That includes the singing of the rhythm-and-blues classic “Stand by Me” by a gospel choir and a sermon from Bishop Michael Bruce Curry. In addition, several celebrities were in attendance such as Oprah Winfrey, George Clooney, Sir Elton John, Serena Williams, David and Victoria Beckham, and more.

Then in 2019, Harry and Meghan had their first child. The two welcomed Archie Harrison Mountbatten-Windsor on May 6. At the time, the baby was seventh in line to the throne.

12. Split From The Royal Family

But what is Prince Harry doing now? Harry’s most recent controversy is announcing in January 2020 that he and his wife would “step back” from royal duties. He also shared that he would become “financially independent.” This also means that Harry gave up on his honorary military appointments and royal patronages. But why did the couple do this? It’s rumored to be because of the royal family’s displeasure at Harry’s marriage to Meghan Markle. The couple will soon hold an interview with Oprah Winfrey. The interview will air on ITV on Monday, March 8.