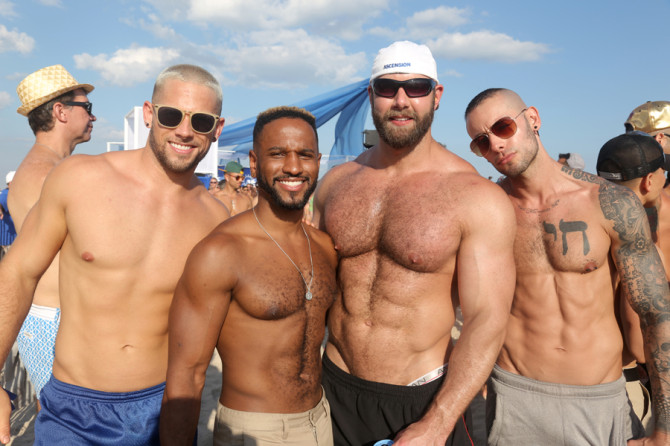 Do you think you have a great gaydar? Is it a skill you've tried to improve? Here at GPB, we've always maintained Gaydar is a gift, something to be treasured and nurtured. We even penned a piece on how to make your gaydar stronger.

Well, according to a new study released by the University of Wisconsin-Madison, apparently, gaydar is pretty much a myth.

The Department of Psychology over at the University of Wisconsin-Madison conducted a study to see if gaydar was real. Specifically, the study sought to find out if people can have the natural instincts needed to detect someone else’s sexuality.

The way they planned the survey out, they had participants look at social media profiles.

The men and women that the participants looked at were then judged as either straight or gay (which completely ignored other sexualities). That said, these restrictions helped to lower the chance of any problems with the results.

Also, the participants were split into three groups. One group was told that gaydar was real, one was told gaydar was just a way to stereotype people, and the other was told nothing.

Cox explained the results, “Those who were told gaydar is real stereotyped much more than the control group, and participants stereotyped much less when they had been told that gaydar is just another term for stereotyping. These patterns provided strong support for the idea that belief in gaydar encourages stereotyping by simply disguising it under a different label.”

In addition, the results show that participants wrongly labeled straight mane as gay 40 percent of the time.

William Cox responded to the survey saying, “In a world where 95 percent of people are straight, 60 percent accuracy means that for every 100 people, there will be 38 straight people incorrectly assumed to be gay, but only three gay people correctly categorized.”

So, Cox and the other researchers are saying that everyone’s been stereotyping each other. They’re also saying that people who think they can recognize members of the LGBTQ community are wrong (in many ways).

Thing is, we at GayPopBuzz aren’t falling for it.

While certainly Cox is right about not stereotyping, we see some problems with this survey (or maybe a lot of problems).

The most obvious being that this was a test based off social media profiles.

It’s ironic that a study all about not stereotyping was all about stereotyping. Plus, judging people based off of text and pictures do not compare to the face-to-face interaction that the term gaydar is meant for.

There is a whole culture of subtle body language and conversation that this study completely ignores.

And, the results were skewed in Cox’s favor. The number of mislabeled men was then compared to real world statistics instead of the dispersion of the actual photos. The very model this study stands on is shaky.

But guys remember, this one study was just that… one study. There’s no way this study could totally erase years of gay culture around this term, but it can be the start to talking about that culture. And there are too many studies out there that completely contradict UW's research. Here's a great piece from the NYT that explores the science of gaydar.

This study was imperfect and seriously missing the mark in terms of its topic, but at least scientists are interested in understanding the mysterious gaydar and gay culture.

And while William Cox’s study certainly didn’t “bust the myth” like he thinks, he did have a good point about face-to-face interaction in the gay community.

“Rather than coming to a snap judgment about people based on what they wear or how they talk, you’re probably better off just asking them.”

Hopefully he’ll follow his own advice and ask gay people what to say in the gay world, what not to say, and what terms mean before making his next study.