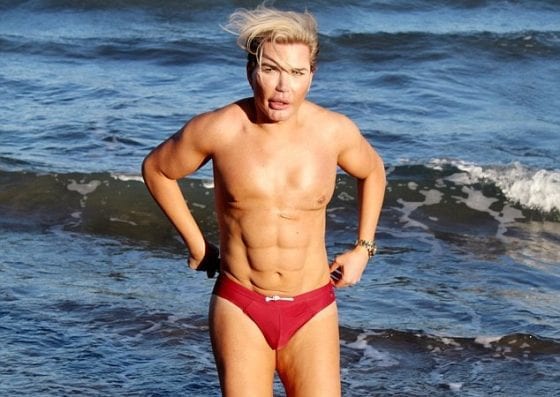 Ken Doll Rodrigo Alves is back in the news. The man who has spent nearly half a million dollars on multiple cosmetic procedures recently flashed his $30,000 worth of fake abs on the beach.

In an interview with the Daily Mail, the 33-year old shared he is doing everything he can to avoid another round of liposuction surgery by working out with Life On Marbs star Danni Levy.

While in Marbella, Spain, he shared:” I’ve already had so many procedures and want to avoid having more, to become a fitness model. I want to lose as much weight as I can and I'm living off air and liquid at the moment.”

As part of the Daily Mail piece, he revealed the following about his abs and other body parts.

“People say to me that I look so fit, but darling, my abs are fake. I have £22k silicone implants. My arms are fake and full of filler. I'm not fit at all. I can't even run a mile. I am out of breath and shaking and about to faint at any moment. But I am trying.”

Mr. Alves had been previously confined to an LA Hotel room for 5 days following a resurfacing procedure to his face, which apparently caused it to peel off “in lumps”.

“Three days after I had the c02 resurfacing done, my face started peeling off in big lumps and I couldn't go out into the sunlight, so that was hard,” he shared.

“I had to cancel my attendance at Elton John's post-Oscars charity after party on Sunday due to the very invasive and aggressive work I had done.”

In a previous television interview, Mr. Alves has shared that he never wanted to look like a Human Ken Doll. 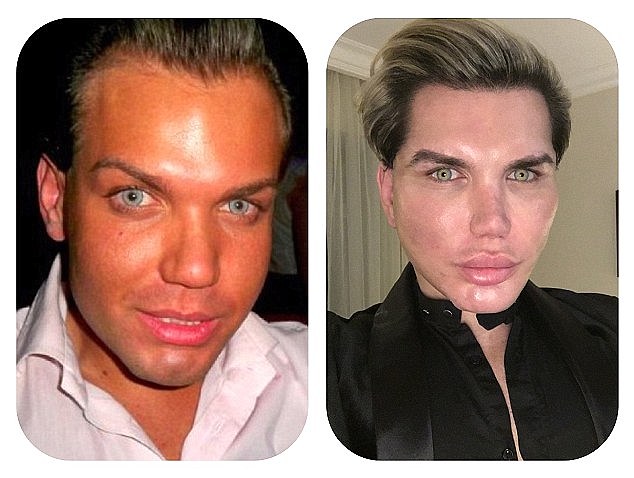