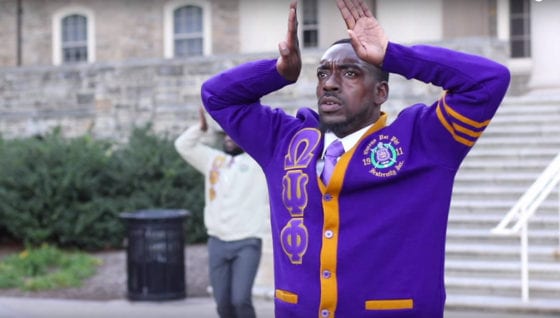 Looks like some frat boys were having too much fun.

If you don’t know anything about black fraternities or the Divine Nine, know that the Omega Psi Phi fraternity is one of the most complex organizations.

In addition, the organization has the mission to bring, “about union of college men of similar high ideals of scholarship and manhood in order to stimulate the attainment of ideas and ambitions of its members; occupy a progressive, helpful and constructive place in political life of the community and nation; and foster the humanity, freedom, and dignity of the individual; and aid downtrodden humanity in its efforts to achieve higher economic and intellectual status.”

But at some point, the fraternity’s identity changed into the wild and crazy party boys called the “Que Dogs.” In vain with their name, Ques are often seen on HBCUs (Historically Black Colleges/Universities) barking, biting, and licking things (usually women) and posing like dogs. They've even developed a tradition of branding themselves.

While many have accepted this persona of the Que dogs, and many Ques have continued to be contributing members of society and manhood despite it, one chapter is currently in hot water for being the worst example of the organization.

According to the Mississippi news source, the Jackson Clarion Ledger, the Jackson State University chapter of the Omega Psi Phi Fraternity is in deep water with the surrounding neighborhood.

Jackson City Council recently held a meeting on April 16 to discuss the chapter after townspeople finally had too much.

“Our neighborhood is turning into a frat house. It wasn't like this before. It just doesn't belong in our community,” said townsperson Deborah McDaniel during the meeting.

Apparently, the fraternity has been renting out a house three miles away from campus due to the fact that Jackson State University doesn’t allow fraternity and sorority housing. The frat brothers then, unfortunately, brought chaos to the neighborhood.

As neighbor Wayne McDaniel complained to the council, members of the fraternity have taken over the area. Other residents have trouble finding parking or getting to their driveways because of overflow caused by the fraternity’s constant parties.

McDaniel also reports seeing young women leaving the house “buck naked” and the fraternity’s pet bulldog running around the neighborhood without a leash. The dog has even allegedly bitten “at least two” residents.

Apparently, all of this behavior has been going on for years. While residents have complained to Jackson State University, the school says that the situation is off campus and thus not their responsibility.

“Why should we tolerate all of this? We need something done. Please help us,” said Fran Camper, who lives across from the house, during the council meeting. 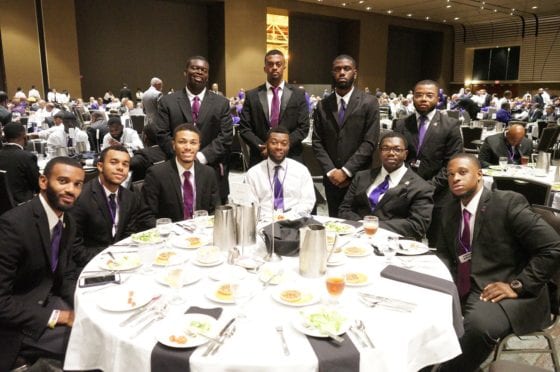 In response to these complaints, Ward 4 Councilman De’Keither Stamps said that he’s requesting for increased police presence around the house.

“I think the short-term solution is to aggressively police it, for the police to be actively engaged on this,” Stamps stated.

“They're doing all the stuff you normally do at most colleges, but it's just not appropriate in the middle of a neighborhood,” he added.

Unfortunately, this isn’t the only legal trouble for the fraternity chapter. Before renting this particular house, members of this chapter lived at a different house in Jackson. It was during a block party held in this earlier house that a man named Moral Abrams was shot in the leg. He has now filed a lawsuit against Omega Psi Phi as a whole.

According to the Clarion Ledger, the lawsuit is claiming that Omega Psi Phi is responsible for creating the situation that led to the shooting. This includes underage drinking where several partygoers held alcoholic beverages and fraternity members poured alcohol down people’s mouths.

That said, the fraternity is trying to have the lawsuit dismissed as the shooter was not a member of the fraternity. In addition, they say the official organization isn’t responsible for unsanctioned or unauthorized events.

Ultimately, the motto of Omega Psi Phi is “friendship is essential to the soul.” But it looks like one chapter isn’t living up to the mission of upstanding manhood and excellence. In fact, they’re besmirching the very name of the organization.