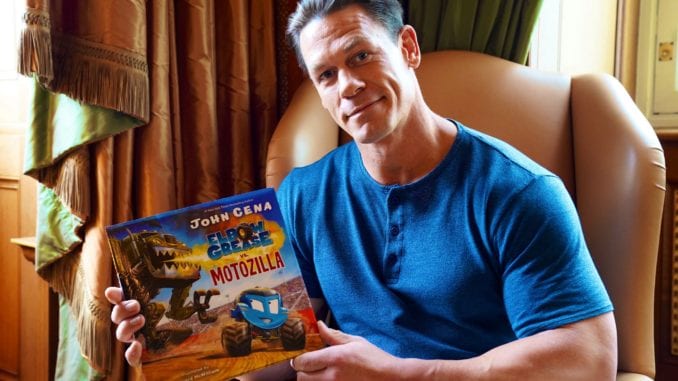 “I Will Never Walk Away From WWE”

John Cena wants fans to know, WWE will always have his heart.

It seems that the name of the game for big name wrestlers is to try to get into the movie business. Then, they hope to transition into a big career as an actor. Of course, not everyone can be like Dwayne “The Rock” Johnson and be the highest-paid actor in the world. That said, many wrestlers-turned-actors are doing well for themselves. Rhonda Rousey had a good time of it a few years ago and has now transitioned to reality tv. Dave Bautista is not only acting in Marvel, but he even got to show up in a video game. And then there’s John Cena.

It seems that for the past decade or so, John Cena has kept himself in the public mindset. He's still working as an actor and was recently cast in the next Suicide Squad film. His revealing appearance scene in Trainwreck helped to get him gay male and straight female fans. And his time as a major meme of the internet got him more straight male fans.

Despite that though, Cena wants his fans to know that he is still committed to wrestling. Even if he can’t keep up with it as much as he used to. As the performer and athlete shared with NBC’s Sunday Today, he’s starting to struggle with the world of professional wrestling.

“I will never walk away from WWE,” he said. “I will never — that’s the great thing about WWE, you can perform in any capacity. And as long as I’ve made a promise in the in-ring aspect of things, as long as I can keep up with the current product, I will perform. Now, the opportunities that I’ve been awarded keep me from being in the ring, and I actually think that’s good because it makes any time that I’m invited back to WWE super, super special. And that’s the way it should be.”

Related: Want To Play Dave Bautista In A Game? You Can!

That said, Cena says he doesn’t see himself retiring from the WWE anytime soon.

“I feel great, I’m in the best shape of my life. It’s not that I couldn’t continue. But I think from this point on, me continuing, I run the risk of tipping that balance the wrong way.”

It seems Cena has realized that his body is changing and he’s not the young man he used to be. He's body needs more time to recover from his strenuous work.

“If I didn’t have these opportunities, I still would be taking, actively taking more time off. Because my body just can’t handle the schedule anymore,” he said.

All of this is to say that John Cena loves wrestling and the WWE. He can’t imagine his current life without it. But, the wrestler and actor feels that his body may be telling him his wrestling days in the future are fewer than they are in the past. And that’s ok. As long as he has the love and memories to make up for it.