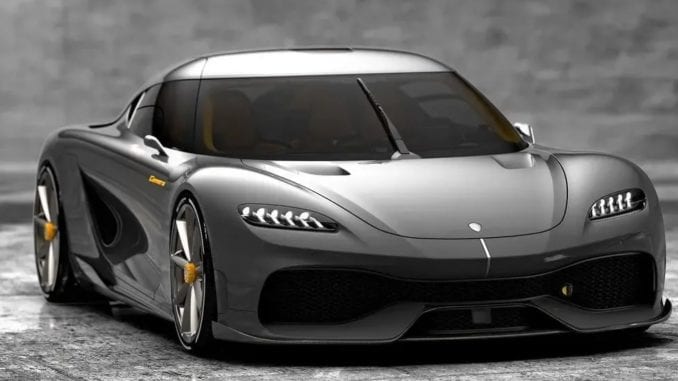 Question – Who really needs a four-seater hypercar? Answer – The rebel billionaire family man who has to pick up his kids going 200 miles per hour. That’s who.

And that’s where the 2021 Koenigsegg Gemera enters. Swedish automaker Koenigsegg might be onto something here. Hypercars are already cool. They have aerodynamic bodies, ridiculously fast engines, but the cockpits can be a bit cramped. It’s always all about the driver.

Well, the 2021 Koenigsegg Gemera is the first hypercar with a truly spacious and roomy interior. It looks like a mega GT on the outside but has all the creature comforts of a luxury flagship sedan on the inside. It carries a price tag of $1.9 million dollars and there will be only 300 Koenigsegg Gemeras slated for production.

The Geneva Motor Show was meant to provide the stage for the Gemera’s unveiling, but health concerns canceled the entire event. That didn’t stop CEO and founder Christian von Koenigsegg from launching his brand new hypercar. He did it himself online.

Here’s the full online event, aptly named “The Show Must Go On”

The 2021 Koenigsegg Gemera has an interesting hybrid propulsion system. First, there’s a 2 Liter, 3-cylinder twin turbo engine that produces 600 bhp on its own. That engine partners with an electric motor to propel the front wheels.

Then, there are two additional electric motors, one for each rear wheel. This gives the Gemera a 50 kilometer all electric driving range and 590 miles in full hybrid mode. That also makes the Gemera the first all-wheel drive vehicle created by Koenigsegg.

You’d be foolish to think that Gemera isn’t fast though. Its powertrain produces 1700 bhp and 11,000 Nm torque. All that torque on demand means that the Koenigsegg Gemera can go from zero to 60 mph in 1.9 seconds. It can reach a top speed of 248 miles per hour, but modded versions will undoubtedly go for the 300 MPH crown.

Welcome to the world Gemera!

From the exterior, the Gemera looks like a new two-seater Lamborghini hypercar merged with a Koenigsegg Jesko. It has a mid-engine mega GT design platform with some tweaks and changes here and there.

The side mirrors are gone, replaced by small cylinders that house tiny cameras. The screens that correspond to these cameras are located on either side of the cockpit. There are two exhaust ports at the top of the Gemera where the engine is housed. The engine housing makes the rear of the Gemera just as beautiful as the front.

The performance capabilities of the Gemera might not be readily apparent from looking at the exterior. It’s deceptive in that way. There’s no flashy rotating spoilers or fins. The air intakes and flowthroughs are concealed just beneath the headlights and taillights. Effectively, the lights have gills.

The chassis is composed of carbon fiber with aluminum sub-frames. There are available carbon fiber wheels. Altogether, the dry weight is 1715 kg. That’s a bit on the heavy side. Compare that to the Lamborghini Huracan Evo and you’ll see that the Gemera has almost 300 extra kg.

Getting inside the Gemera won’t be much of a challenge. It only has two doors, but they open in a way that only Koenigsegg could provide. The Koenigsegg Automated Twisted Synchrohelix Actuation Doors or (KATSAD) for short pull out of the frame and twist skyward to open the entire cabin.

Step inside the cocooning interior of the Gemera. All four seats have the same shape and are optimized for comfort with integrated memory foam for ideal support – a feature pioneered in the original Koenigsegg CC carbon bucket seat and the Koenigsegg One:1 seat. Let’s not forget its eight cup holders – two per person – one hot and one cold. How about that for everyday usability?

The interior of the Gemera is getting most of the attention. There aren’t any B pillars on the Gemera. So, when the doors open up, the entire interior is revealed. The whole interior looks like a capsule or an egg.

It’s got full sized seating for four adults and even has space for some small carry-on items. The seats have memory foam and they’re all the same. So, nobody has to feel cramped inside the Gemera. You can choose from full leather or Alcantara.

There isn’t much to do inside the Gemera, but there are eight cup holders. As if you’d allow someone to drink coffee in your 2 million-dollar mega GT. Yet, there they are – one hot and one cold cup holder for each occupant.

Additionally, there are four reading lights spaced around the cabin. There’s an eleven-speaker sound system, Wi-Fi connectivity, rear climate controls, and wireless device charging. No, this isn’t a Chrysler Pacifica. It’s one of the fastest vehicles on the planet.

The driver has a smartphone sized touchscreen display to replace a traditional instrument cluster. The screen is attached to the steering wheel and automatically levels as you steer. There’s also a 10=3-inch tablet in the center console and one in the rear.

Now, any family mover needs to have advanced safety gear. Why should the 2 million-dollar Gemera be any different? Well, the Gemera has six advanced airbags and automatic emergency braking. It even has some autonomous driving features. It comes with lane assist, parking assist and level 2 autonomous driving.

There are front, rear and side cameras. However, the main safety features are built into the vehicle’s platform. The Gemera has integrated crumple zones, oversized brakes, and adjustable anti-roll bars. It’s quite a feat to equip that level of safety gear on a top tier hyper car and still have such powerful performance.

The Koenigsegg Gemera is a bold and innovative mega Gt sports car. It has adjustable ride height, 3 electric motors and a transmission system from another planet. It seats four adults and has advanced safety features like automatic emergency braking and lane keeping technology.

It’s a paradox vehicle. Is there even a market for four-seater family cars that go 200 miles per hour? Koenigsegg sure does seem to think so. What do you think of the Gemera? Hot or Not?