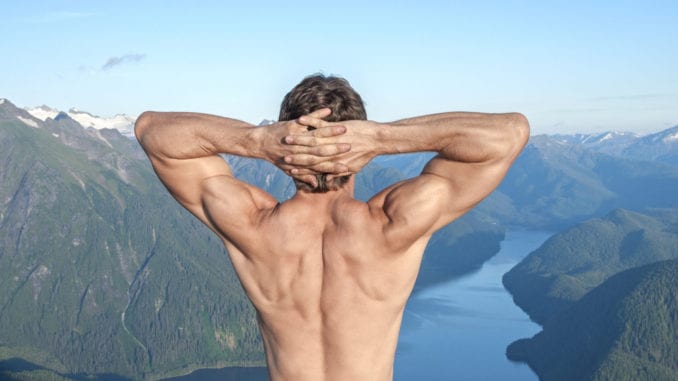 Yes, I really did get Crazy Glue on my Johnson

There’s no easy way to say this except to just blurt it out. Through not fault of my own, I accidentally got Krazy Glue on my manhood.

You may be wondering how on earth something like this could happen. I’ll level with you – I’ve been asking myself that same question.

Here’s how it all went down (no pun intended), near as I can tell.

Recently, I bought one of those tiny tubes of Krazy Glue to save some cash. Long story short, I had dropped a porcelain vase on the floor and cracked it in half.

Rather than go out and buy a new one, I decided to Crazy Glue the thing back together and call it a day.

But here is the thing. I’ve never used Krazy Glue before or any of its relatives, like Super Glue or or heavy-duty adhesives.

I mean yeah, I’ve used Elmer’s when I was in grade school but that is hardly the same, you know?

So, here is what I think happened. After gluing the vase back together (which I have to say worked out great!) I (unknowingly) got some of that Krazy crap on my fingers.

And because I had been drinking Budweiser’s a bit earlier, I had built up quite a reservoir (if you know what I mean).

Anyway, when that urge to pee hit me, it came moments after applying that freaking glue to the vase. Not knowing any better, I simply went to the toilette to relieve myself.

Now I don’t know about you but when I’m done taking a leak, I shake my junk a few times for good measure. And so that’s exactly what I did – three quick shakes.

But when I went to move my right hand away from my buddy (read between the lines), my fingers wouldn’t detach. Ever get a cold chill down your spine? That’s exactly how I felt the moment I realized my predicament.

Freaked out, I walked back to the living room and grabbed my smartphone (with my free hand). Using the voice search feature, I asked Google “How to remove Krazy Glue from your skin?”

A second later, the results came up on my display. I tapped on the Wiki-How page and scrolled through the directions.

While the information shared wasn’t an exact match (because who the F would need to write an article about getting glue off your manhood), the material still proved helpful.

According to the information, warm, soapy water was my best bet.

Somehow, with two fingers glued to my shaft and one stuck to my sack, I was able to use my free hand to start a warm shower. Thankfully, I had on a pair of sweats, which were easy to yank off.

And my t-shirt? Honestly, I left it on because I didn’t care. My main concern was getting my Johnson freed from my fingers. You can laugh but I bet if you were in that same situation, you’d do the same thing.

Once I stepped into the shower, I was able to stand under the stream of warm water. Then, using my one freehand, I grabbed a bar of soap from its holder (it was Dial) and lathered up my palm.

Slowly (and I mean super slowly), I massaged the suds around the entire area that was glued together. Use your imagination folks because I’m not going to get super graphic.

So, you are probably wondering what happened? Did it work?

I’m here to tell you that it did!

Granted, it took me a good fifteen minutes to let the water and soap do its thing but by golly it worked. The trick was being patient and not rushing in fear.

I wish that I could tell you there was a moral to this story. There really isn’t. But for what it’s worth, I will say this:

Always make sure your fingers are free of any Krazy Glue before taking a leak.

I’m being for real. And if you ever do find yourself in a similar predicament, don’t try to pry your digits off your Johnson.

Doing so could seriously rip your manhood. And let’s face it guys – who needs that kind of pain?

Anyway, now that my bird is free, I'm in a much better place. Anyway, thanks for reading this mindless (but hopefully useful) post!