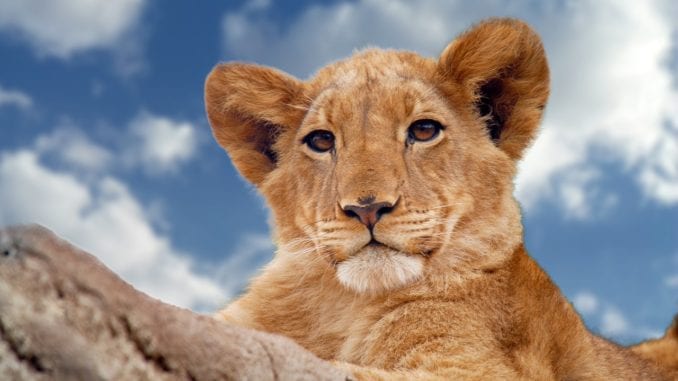 We’re talking about The Lion King (or Queen)

Disney’s “The Lion King” topped the box office for a second week in a row. It’s swiftly prowling its way toward a billion dollars worldwide. The new Lion King was directed by Jon Favreau and looks like a nature documentary come to life.

It features the voices of Donald Glover and Beyonce. It’s a story about the bond between a father and son, a story about power and betrayal, but does The Lion King accurately portray the social dynamics of a real pride of lions?

Men’s Variety caught up with Dr. Adam Christman, the popular veterinarian, author and self-proclaimed Disney fanatic to find out just how real Disney’s documentary-style remake of The Lion King really is.

As an advance warning, this article might contain some spoilers. So, if you haven’t seen the original Lion King or any of its variations, you might want to revisit this article later.

Dr. Christman notes that “the Lion King movie did a fairly accurate job in depicting social dynamics and the importance of respect (Mufasa) and power (Scar) among a family. Lions are spectacularly sociable: they hunt together, raise their cubs in nursery groups and defend joint territories.”

The Lion King movie placed a great deal of emphasis on young Simba as a prince, the heir to the Pride Lands throne. He romps across the savanna with childhood friend Nala and gets into the type of mischief that any young child would indulge in themselves.

Yet, Simba is special and his father, Mufasa, wants him to keep in mind that one day he will be the king.

“One thing that is remarkable is the birth of a young cub and how the pride dynamic is affected,” says Dr. Christman.  “Nursery groups form whenever pridemates give birth within a few months of each other.

After hiding their cubs for the first few weeks of life, mothers bring them to the rest of the pride and nursing mothers become almost inseparable for the next two years! This is more of a defensive mechanism.  So, Simba would essentially be more with his mom than with his dad, Mufasa.”

Maternal bonds and maternal responsibility are more dominant in real lion prides. Simba would have spent most of his early days with other lion cubs, both male and female. He wouldn’t be the sole heir apparent. He would have been one of several new entrants to the pride.

Dr. Christman goes on to say that, “Sarabi (his mother) would be holding him up saying everything the light touches is our kingdom. Simba would have left and never come back, and when Nala got old enough, Sarabi would have carved out a territory for her to rule.”

Nala and Sarabi would have banded together and driven Scar out of the pride lands without the need for a lion king. Yet, that doesn’t make for a family-friendly, theme-heavy Disney classic about patriarchy, does it? That would have played out as a short film instead.

The truth about young male lions also doesn’t jive with the second act of the Lion King story where Simba comes of age alongside a jovial meerkat and a gassy warthog. Now, here is where a clear distinction is drawn between the animated classic and the new nature documentary story that is currently smashing up the cinemas.

Simba, Timon, and Pumbaa are an odd trio in the animated version, but the matchup works extraordinarily well. Hakuna Matata is a classic song. Simba forgets his responsibilities for a time under the mantra of “no worries”.

Yet, in the live-action deep fake, these animals come together only to raise eyebrows for the audience. It seems odd and out of place in the natural world for these creatures to frolic and play together. Also, there are limits to how this format can successfully portray humor. For many viewers, this portion of the film fell flat.

Now, back to Simba and his bond with Mufasa. This familial link is essential to the theme of the story and is somewhat based on factual evidence within lion society. “It is known that bonding between the male lion and cub is good but not as powerful as what is depicted in the movie, “says Christman.

“Resident males are the fathers of all the cubs sired during their tenure. Outside males are always looking for mating opportunities. If they encounter a mother with small cubs, they will kill the cubs to induce her to return to mating condition. In other words, it can get real ugly, real quickly!”

So, there would be some bonding moments between Mufasa and Simba, but the young cub would most likely have to share those affections with his fellow cubs. So, that lovely scene where they look up at the stars together wouldn’t have been so personal.

Yet, the father effect that is displayed in the Lion King is based more on scientific studies conducted on human families. A father’s love is critical to a child’s personal development. A detailed analysis from over 500 studies that was published in 2012 found that children view their father as having a higher level of personal prestige.

If that child feels rejected or feels that they have let down their father, then they can experience developmental problems later in life.

That feeling of disappointment shows up when Simba is caught by his father wandering into the forbidden territory of the hyenas. That’s also exactly what Scar used against Simba during the stampede scene in the Lion King movie. Scar led Simba to believe that he let down his father and caused his death.

Overall, the Lion King movie provided an entertaining look into human family bonds told through the lens of a lion pride. Yet, if the story was true to nature, then Nala would have been the main character, not Simba.

Dr. Christman explains. “We tend to think of it as the Lioness Queen instead!  They truly are the protectors of the pride. Lions need continuous access to three key resources: food, water and shelter. Lions do not rove at will over the landscape, looking for food—they center their activities at sites where prey are likely to pass.

“Lions and more specifically, lioness, are the dominant species of the savannas. The savannas are the most heterogeneous of felid habitats; lions also live at higher densities than other big cats and thus face the most intense competition for good habitat.

Thus, only lions can benefit from banding together and defending highly valuable landscape features. Females are the core. The heart and soul of the pride. The males come and go. A lion pride is all females, all the time…. sorry Mufasa!”