A new study appearing in the Lancet Psychiatry reveals people who smoke high potency marijuana on a daily basis are at  greater risk for developing psychosis.

MV spoke to licensed psychologist and board-certified substance abuse counselor Dr. Gregory Harms about the study to gain his impressions.

“I am not surprised by the findings of this research. We’ve long suspected that marijuana containing large amounts of THC [tetrahydrocannabinol] can have an adverse impact on mental health, particularly when used daily,” says Harms.

“For all of the good things that can come from medical marijuana use, we need to remember that recreational pot-smoking, particularly where high [levels] of THC are involved, can cause problems. Psychosis is not something you want to experience,” Harms adds.

Psychosis can be defined as a mental health condition whereby a person loses contact with reality. Symptoms may include hallucinations, delusions, paranoia, and disorganized thinking.

For this investigation, researchers looked at 11 sites across Europe and one located in Brazil. To estimate the prevalence of psychosis, the research team identified the first incident of psychosis among those seeking mental health services between 2010-2015. 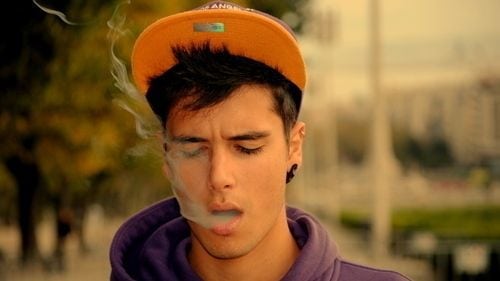 According to the findings, high potency cannabis use was more common among 37.1% of people with first episode psychosis when compared to the healthy matched control group.

After investigators adjusted for other factors, they discovered that across the 11 sites, people who used cannabis on a daily basis were three times more likely to experience first-time psychosis when compared to those who never smoked marijuana.

When the cannabis being smoked was high potency, that risk increased fivefold.

Lead author of the study Dr. Marta Di Forti from the Institute of Psychiatry, Psychology, and Neuroscience at King's College London, UK, made the following comments in a press release, “Our findings are consistent with previous studies showing that the use of cannabis with a high concentration of THC has more harmful effects on mental health than the use of weaker forms. They also indicate for the first time how cannabis use affects the incidence of psychotic disorder at a population level,” Di Forti said.

Dr. AJ Sturges, a licensed mental health professional who works with clients around cannabis use shared his thoughts about the study with MV.

“In and of itself, marijuana is not a bad thing. This study, however, does remind us that some people who smoke weed with higher levels of THC may be at greater risk for experiencing some form of psychosis,” he said.

“Given the changing legal landscape of marijuana across the globe, it’s important that we keep our research efforts going with the goal of identifying potential mental health risks,” Sturges added.

Are you surprised to learn that smoking weed with high levels of THC may cause psychosis? Share your thoughts in the comments area below.