While Cannabis is considered by many to be a safe drug when used appropriately, everything has its side effects. Regardless of drugs not having serious issues for many, they may still have some that are not really easy to see.

In fact, some problems may go unnoticed completely until a later problem arises. While smoking cigars or cigarettes are problematic due to being proven to cause cancer, emphysema, and much more….smoking marijuana also has its problems that cannot be overlooked.

Typically, this has always had to do with sexual material for men. Now according to AUA Journals’ The Journal of Urology, there now might be even more proof that men may need to think twice about smoking too much weed.

The Journal did a study involving the sperm of 622 men who all had various lifestyles and habits. This study was done on smokers who smoked weed or cigarettes. It also involved men who were proven to be quite fertile while it also involved those who had no actual testicular health risks or factors.

Essentially, this was a clean study with men from all walks of life.

As weird as it might sound, their study found marijuana was an issue over cigarettes in one particular area. That area? Sperm.

The study found that those who smoke weed regularly saw their active sperm cells decline massively in quality. The DNA damage done to sperm cells in this study compared to that of men who are proven to be infertile. This essentially meant that stoners are making themselves infertile.

To top off these results, even more, the heavy weed smokers had sperm that was found to be more sluggish and slow-moving compared to normal sperm cells. They were also found to be of unusual cells size and shape that were also considered erratic compared to the norm.

It’s not exactly new to see weed affecting sperm. According to Dr. Scott Kollins, a Professor of Behavioral Science & Psychiatry:

“What we have found is that the effects of cannabis use on males and their reproductive health are not completely null.  There’s something about cannabis use that affects the genetic profile in sperm.”

There have been points when men have trouble “getting it up” when high or after long-term use. In fact, men can last much longer in bed as a result of using weed too. The reason for this often has to do with what the drug does to the brain and blood. 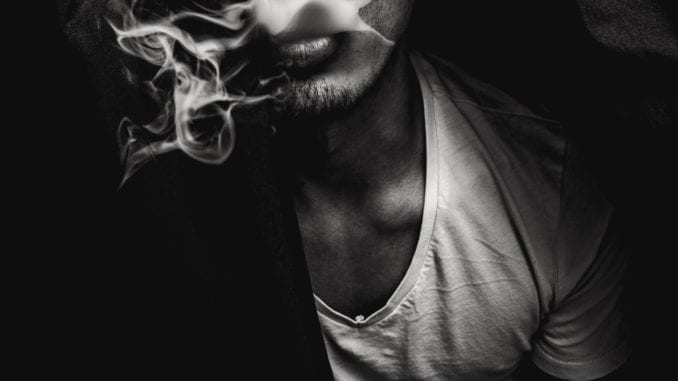 One can compare this to drugs known as “Anti-Convulsants.” Drugs in this category are all pharmaceutical medications you need a prescription from a valid medical doctor to use. Those are drugs like Valium, Gabapentin, Cerebyx, Lorazepam, and many more.

These drugs help to treat nerve issues that cause the average body to be in pain. Nerve issues are different than those of a simple break, sprain, etc. You cannot really see nerve problems on a CT Scan or MRI, despite them being there. These drugs can help to treat that pain well.

That said, they treat the body the same way. Since all the above cause men to have “rising” issues in bed as well as trouble finishing, it makes sense to assume that the testicles are affected by this. Thus, the sperm itself is taking a hit.

However, the biggest connection to the two is that anticonvulsants have had an effect on fertility with both men and women who used them in the past. That means the same things that it works on are the same things weed works on. Thus, they’ll have a lot of the same side effects. Specifically regarding fertility.

The difference with them is that a person can stop using those drugs and most of the side effects will be gone. Especially within a few days. That means how long you may last as well as finishing issues will be gone for the most part. It has even been proven that stopping them can allow fertility to increase.

However, stopping weed may not lead to fertility being better. Therein is a major difference, of which no one can overlook.

Think about it. If the sperm is mutated by the father’s smoking of weed, that mutated sperm cell is being passed on to the woman’s eggs.

It makes total sense that this often leads to infertility, as the mutated swimmers are not capable of winning a race much less surviving one. But if by chance a woman can get a healthy enough swimmer to mesh with her egg, that cell likely could be so mutated it causes problems for the future child.

This could more often lead to stillborn children or possibly random problems with the pregnancy that could result in losing the child.

While this is not 100% proven as of yet that weed usage causes problems with future children, this study does go on to prove that fertility issues can be directly linked to cannabis usage.

The study went on to claim that usage of weed could cause men already struggling with fertility to decrease their sperm count by as much as 40% or more. That is a massive reason to cut out the grass while attempting to have children.

Sperm always produces in the body. This likely means that stopping the use of weed for a while could lead to healthier swimmers. As a result, more fertile men who also pass on fewer problems.

However, since weed can have a long-lasting result on the human body, the damage also could already be done. Therefore, stopping sooner rather than later could make a huge difference.