With 4/20 now behind us, it looks like there's a new study over the controversial drug. Namely, a study that appeared in the International Journal of Epidemiology.

Looks like marijuana users are less likely to gain weight than their non-smoking pals. Yes, the Michigan State University researched the study and the National Institutes of Health funded it. The study then found that “the muchies” aren’t as effective on the gut and waistline as we might have thought.

Don’t get us wrong, the three-year study did find that marijuana users gained weight throughout the research period. That said, they still gained less weight than their peers who didn’t indulge in the drug.

The study actually found that marijuana users were less likely to be overweight or obese.

“We found that users, even those who just started, were more likely to be at a normal, healthier weight and stay at that weight,” said Omayma Alshaarawy, lead author of the study and an assistant professor of family medicine at MSU. “Only 15 percent of persistent users were considered obese compared to 20 percent of non-users.” 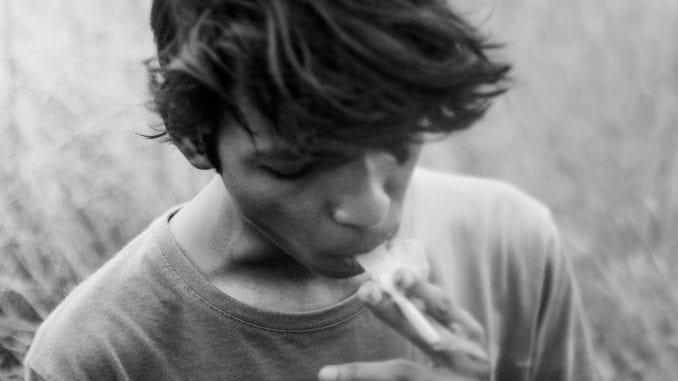 Related: Weed and Sex: 10 Pros and Cons That Might Surprise You!

But how did they get this result? Alshaarawy’s research team analyzed and compared the Body Mass Index (BMI) of around 33,000 participants aged 18 and older.

Despite the surprising result, it really wasn’t by a large margin. In fact, the gap in average weight between non-users and users was only 2 pounds. Though, when you notice any kind of difference in a pool of more than 30,000 people, that’s significant.

“An average 2-pound difference doesn’t seem like much, but we found it in more than 30,000 people with all different kinds of behaviors and still got this result,” Alshaarawy added.

But what could be causing this lack of weight gain in marijuana users? Alshaarawy hypothesizes that it could be a conscious decision by drug users. After going sober and possibly indulging in the munchies, users could be especially conscious of their eating habits and weight.

“Or it could be the cannabis use itself,” guesses Alshaarawy, “which can modify how certain cells, or receptors, respond in the body and can ultimately affect weight gain. More research needs to be done.”

Not A Weight Loss Plan

But we highly recommend that you don’t start using marijuana to lose weight. You won't be doing yourself any good. According to Alshaarawy, marijuana use and all of its potential problems are still relatively unknown.

One potential harm that we reported last month was the fact that regular users of marijuana showed signs of developing psychosis. We then spoke to licensed psychologist and board-certified substance abuse counselor Dr. Gregory Harms about that study.

“I am not surprised by the findings of this research. We’ve long suspected that marijuana containing large amounts of THC [tetrahydrocannabinol] can have an adverse impact on mental health, particularly when used daily,” says Harms.

“For all of the good things that can come from medical marijuana use, we need to remember that recreational pot-smoking, particularly where high [levels] of THC are involved, can cause problems. Psychosis is not something you want to experience,” Harms adds.

As such, these possible health concerns could “far outweigh the potential positive, yet modest, effects it has on weight gain.”

She then adds, “People shouldn’t consider it as a way to maintain or even lose weight.”