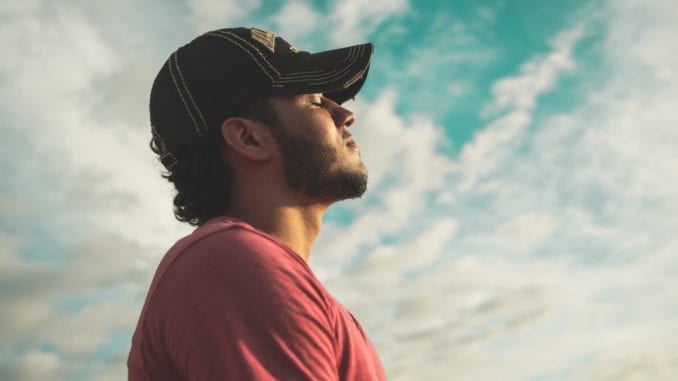 If you are like most men, you probably want to slow down the aging process as much as possible. I know I do. That’s why a recent study published in Psychoneuroendocrinology caught my attention.

Scientists examined how different forms of meditation influenced the length of telomeres; the cap at the end of each strand of DNA that is an indicator for aging.

In the metaphorical sense, think of the cap as being like the plastic that coats your shoelaces. As time goes on, the plastic starts to deteriorate.

Here’s how the authors of the study explain the science: “Chronological age and biological age are not identical. The former is measured in years, whereas the latter is often indexed by telomere length. Telomeres progressively shorten with cell division [aging] in general, but may also be replenished, or lengthened, by the enzyme telomerase.”

OK, now that we’ve got the nerdy foundational stuff out of the way, lets move on to what the research showed.

Scientists recruited 176 people between the ages of 35 and 64 years old from North Carolina. The participants reported they had little to no experience with any form of meditation.

Each person was randomly assigned to a six-week long loving kindness meditation workshop or a waitlisted control group. To assess telomere length, scientists collected blood samples at two points – the beginning and end of study.

The results showed that – in general – mindfulness meditation helped folks to remain focused on the present, devoid of judgement. But for participants involved with the loving kindness meditation, the experience helped them to generate warm and caring feelings towards others.

The results showed telomere length basically shortened for everyone. “However, the daily practice of loving-kindness meditation appeared to buffer against that attrition,” the investigators said. Folks in the loving-kindness group “showed no significant telomere shortening over time.”

The researchers added, “Whereas participants in the mindfulness group, on average, showed significant telomere shortening over time, those changes were intermediate between the loving-kindness meditation and waitlist control groups.”

Translation: The loving kindness meditation seems to slow down the aging process, as demonstrated by the results of the study.

Related: Why men should meditate

You may be wondering what this form of meditation looks like? Essentially, the practice involves focusing on the mental imagery of someone while sending them well wishes. But it is not a one-way street. You can also imagine this individual sending you something positive (i.e., happiness, good health).

To make things simple, I’ve placed a video above that walks you through the basics. You can also stop by the Greater Good Science Center to learn more.

Scientists aren’t sure why mindfulness-based meditations influence the aging process. Maybe it has something to do with the distribution of brain chemicals and DNA. In the final analysis, what really matters are the anti-aging benefits.

Imagine combining your youthful skin care regimen with this wellness activity. You could end up looking a whole lot younger than your biological years.