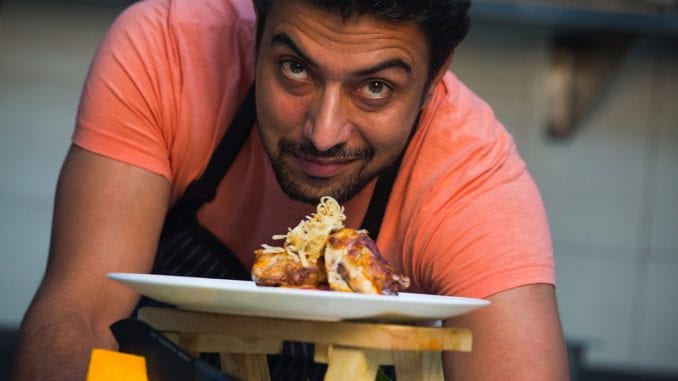 Get In The Kitchen

Men, it’s time that we claim a land not yet seen before. The kitchen.

Yes in today’s world, men should become more confident in the kitchen. And that’s for many reasons. When you’re young and independent and on your way up in the world, and life, you’ll need to eat something. At that time, it's better to start learning how to cook.

Cooking is like any other skill. It’s something that takes time and effort. But once you put in the work, you can do wonders.

Cooking is skill-building at its finest but also a skill that’s easy to tackle. You can’t just expect to run around with a long stick and suddenly become a pole vaulter, but you can find a recipe online and attempt to make dishes like lasagna, cheeseburgers, or maybe even beef bourguignon.

More: How to get Thor's biceps and triceps

The trick is just to try. My first time cooking after I moved into my own place post-college was making an attempt at beef strips over rice. I decided to coat the beef in ketchup and then cook them on a frying pan without oil. They stuck to the pan and the ketchup burned.

During those two years of cooking, I had a lot of fun in-between.

Learning to cook can be a great hobby and activity. From learning new recipes to learning new techniques, men can enjoy cooking as much as they do anything else.

In fact, there are great resources for learning on easy places like YouTube Channels. I realized a few weeks ago that some of my favorite YouTube channels to watch are food-centric. From the Korean-culture loving and food savoring Korean Englishman to the charismatic people over at Bon Appétit and even to the geeky and educational Binging with Babish.

But watching videos isn’t all there is to cooking. Cooking also includes a treasure trove of tool options. Yes, you don’t need the latest blender or sharpest knife to be a good cook, but men who are into having the best equipment imaginable will have a field day in the world of food.

I know many men who love to gear up and would fit right at home in a high tech kitchen.

When I hear that people my age or older don’t know how to cook and eat out all the time, I wonder how they can afford it. When I first moved out on my own, I quickly learned that buying groceries was the way to go. One of my roommates didn’t learn that lesson and always bought food from restaurants. His finances were soon paying for it.

Not only that, but you can start meal prepping as well. You don’t need to have the same food for every meal, mind you, but you can prepare heaps of chicken.

That way, you don’t have to worry about it when you’re tired from work and whatever else.

You Know What You Eat

Another great reason men should learn how to cook is that they will know what’s going in their food. While restaurants can tell us certain ingredients that go into your plate, there are plenty of aspects that you can’t know. What were the cooking conditions? Was the chef sweating all over your food? Did an ingredient get replaced with another one? You just won’t know.

But men who cook for themselves will know every detail of the food that goes into their plate. This is especially good if a guy is health conscious and trying to slim down or bulk up.

It’s also good if men take on a specific diet like veganism.

Cooking can also help men with their social lives. People are impressed when you know how to cook. How many times have we seen a male celebrity get brownie points with fans after posting a cooking picture on Instagram? And we already know that women like having foodie calls and free meals. So, cook your girl (or guy) some food.

Even better, cook your family food. Not only will your parents be impressed by an independent and self-sufficient son, but your kids will appreciate it too.

Yes, cooking is great for the independent man, but it’s also great for a man with a family. Provide for your family by actually making the food that they eat.

They may not always vocalize their appreciation, but it will always be an important act. 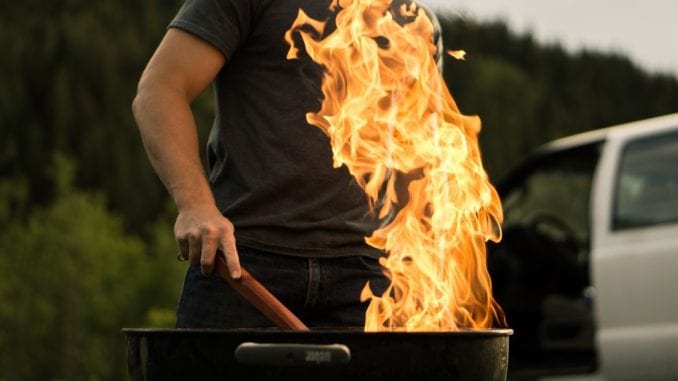 Another important factor to remember is that you will be breaking the mold of gender norms by learning how to cook. We are no longer in the age where men go out to work and women stay home to do all the cooking. It’s time for men to put on an apron.

Yes, men can cook too and its time the world knew it. It’s time to kick those decade-old gender norms out the window and welcome in the new cooking man.

Go Along With Stereotypes

But some of those stereotypes also play into why men should learn how to cook. We all know the stereotype that men (and specifically dads) are the lords of the grill. Well, not all stereotypes are negative ones.

Celebrating the craft and skill of grilling is a wonderful thing that doesn’t have to be just on a holiday like the 4th of July in America. Men should be able to just hop over to their grill and cook some food all year round. And if men take the time to learn how to cook with their grill, they will be one step closer to fulfilling many of the other reasons listed above. 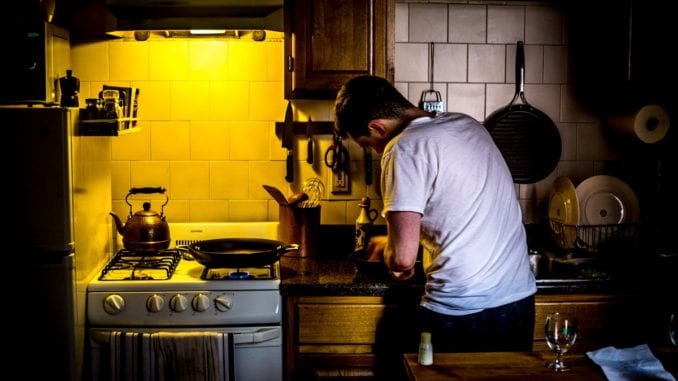 Men In The Kitchen

So if you’re reading this post and wondering, “Should I start?” The answer is yes! Stumble your way into the kitchen, figure out how to make your first dish, and it’s off to the races from there.