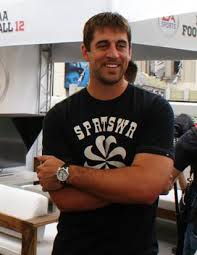 Law enforcement released a statement announcing that they had broken a drug deal worth 1 million dollars.

The DEA taskforce was able to trick smugglers into delivering the drugs at a controlled warehouse in Patterson, New Jersey. When they got there, they discovered 27 cardboard boxes that contained candles of different sizes and shapes (including penises). And inside those hollowed out candles were 1,300 pounds of meth.

As one police source nicely put it, “It's kind of a cross between Breaking Bad and a Sex in the City case.”

The New York Daily news did some investigative digging and spoke to DEA officials like Special Agent in charge, James Hunt.

More: Two Brothers Broke Into A California Church With A Rifle And No Clothes

“DEA has seen drugs smuggled in numerous ways: concealed in puppies, lollipops, furniture and produce. But secreting a million dollars’ worth of methamphetamine in wax candles of various shapes is shocking. This seizure signifies that drug trafficking organizations are determined to create a stronghold of meth users in the Northeast.”

This drug bust was just the latest in an ongoing investigation. Law enforcement also seems to think that the Mexican Cartel may be involved in these dick candle crime cases and are trying to make both New York and New Jersey easier for trafficking meth.

Hopefully, the DEA will be able to put a stop to their plans.

In the meantime, leave it up to the Mexican Cartel and drug dealers to ruin the fun of penis shaped wax candles.